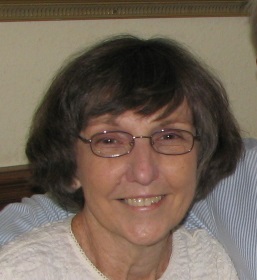 Anita Ann Lewis Bohres passed away peacefully on the morning of July 20, 2020. Anita, or “Sissy” as most people knew her, was 84. She is pre-deceased by her parents, Monses and Anita (Brown) Lewis. Sissy attended Miami Edison High School, and she later married her high school sweetheart, Roy Bohres, in September 1960. Roy was the love of her life, as was her son, Paul, and her three grandchildren, Mia (13), and twins Evan & Luke (11). Sissy was born, raised and lived most of her life in Miami, moving to the “cold” of St. Johns (St. Augustine/Jacksonville area), FL in 2011 to be closer to her grandchildren. Sissy is not only survived by Roy, Paul and her grandchildren, but also her daughter-in-law, Sharon (Fixler), her older brother, Richard Lewis and his wife, Carol, her younger brother, Don Lewis, and many beloved nieces, nephews and cousins.

Family was the most important part of Sissy’s life. She loved her family intensely, and friends became family to her, as well. While Sissy had many friends, some of her closest became known as their own “Golden Girls,” along with her sisters-in-law, Carol and Johanna (Dobbins), and her mother & best friend, known as Nene to most. She was a devout Catholic all of her life and had a special love of the Blessed Mother, and adored being a second mother or grandmother to all children she met. Sissy had an immense love of all children, chocolate, and football, especially the Miami Dolphins. In whatever name she was called--as Anita, Anita Ann, Sissy or Granny--she was loved, and will be greatly missed, by many.

Due to the restrictions in gatherings in these extraordinary times, there will be a private service on July 30 at St. John Paul II Catholic Church at 11am. There will be no viewing or reception following the mass and burial. The family requests that in lieu of flowers, donations be made in Sissy’s name to either St. Jude Children’s Research Hospital (stjude.org) or as a “tribute gift” to Alzheimer’s Association (act.alz.org).