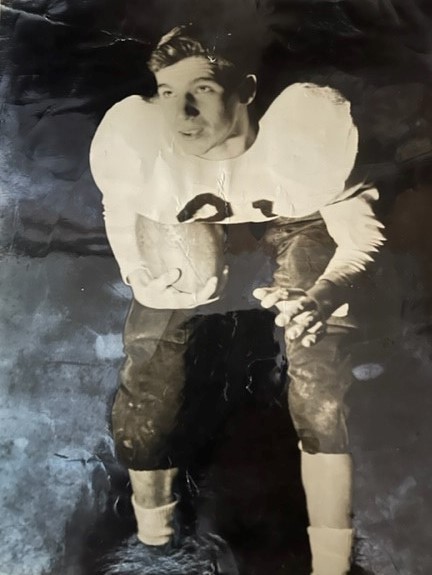 On December 6, 2021, Arliss Brigman passed away at the age of 88, after a long battle with dementia. He is survived by his son, Philip Brigman; daughter-in-law, Andrea Brigman; granddaughter, Ansley Brigman; and grandson, Brock Brigman.

Arliss was born in Charlotte, NC, and was raised at the United Methodist Children’s Home in Winston Salem, NC. While at the Children’s Home, Arliss excelled in athletics where he became an All American in Football and Baseball. He was named to the ALL-State North Carolina Team and was the half back for Hall of Famer Sonny Jurgensen in the 1952 Shrine Bowl. Arliss held the bowling single title in Charlotte, NC, as well as numerous bowling achievements.

After graduating from the Methodist Children’s Home, Arliss was drafted into the Army where he served 2 years during the Korean War. After being honorably discharged from the Army, he began a career with the dental equipment manufacturer Pelton & Crane. He started off on the assembly line building equipment, then after several years, earned an opportunity to go into sales, where he excelled for over 40 years.  He won countless sales honors and was consistently the Top Salesman for multiple years.

After retirement, Arliss enjoyed volunteer work at the Amicalola State Park in North Georgia, hiking, and spending time with his family. He loved wood working and caring for his Koi Pond in the Georgia Mountains.

He relocated to Ponte Vedra Beach to be with his son and family where he spent his final days. Arliss lived a full life and believed in caring for those less fortunate, worked hard for successful career, had the love and respect for the Lord, and his family.