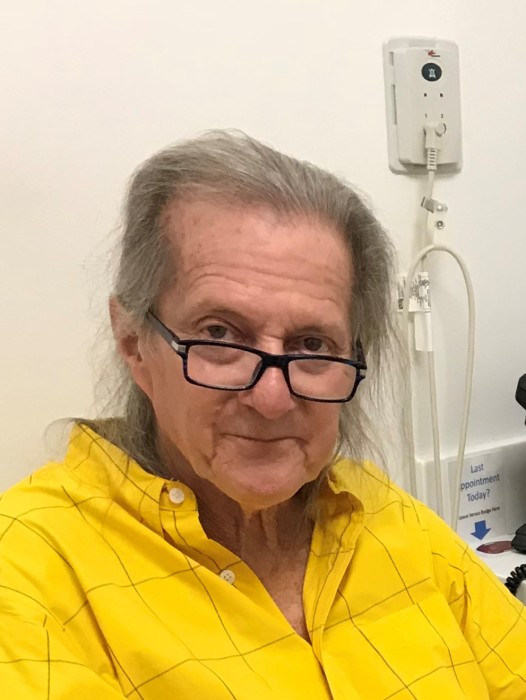 Arthur Ben Sher, MD, 75, of Weston, FL, passed away peacefully on September 9, 2019. Born on September 26, 1943 in New York, Arthur moved to Florida with his parents, Herbert and Ada and brother, Hanan as an infant. Arthur was raised in Miami where his lifelong love of football was fostered through regular trips to the Orange Bowl with his dad.

Arthur and his dad were original season ticket holders for the Miami Dolphins and years later, Arthur was an original season ticket holder of the Miami Heat. But, as far as sports were concerned, the University of Miami Hurricanes football program had no equal. Arthur could talk sports with anyone about just about any sport in the world… and he did!!

Arthur lived to travel and to see the world. He shared his love of traveling first with his son, Dustin and eventually with his wife, Deni, who happily became his travel companion to 136 countries, making many international friends along the way.

Arthur attended college in Virginia at Washington and Lee, then graduated from University of Miami Medical School in 1969.  While in medical school, Arthur was inducted as a member of the University of Miami honor society, Iron Arrow. As a privilege of membership, he was invited to walk onto the football field each year at UM’s homecoming game, to be honored.

Arthur received a deferment from the Navy to attend medical school, where upon graduation he would have worked in a Naval hospital, however, shortly before he would begin, Arthur had his first battle with cancer (melanoma) and received an honorable discharge. Arthur went on to practice medicine as a Radiologist for over 40 years with the majority of those years split between Parkway Regional Medical Center in North Miami Beach, FL and Cleveland Clinic in Weston, FL.

In 1982, Arthur became father to his son, Dustin. Arthur and Dustin were as close as any father and son could be. Beyond being his dad, Arthur was Dustin’s basketball and baseball coach, car ride math teacher, fellow international food explorer, world and U.S. travel companion, Miami sports buddy, guiding voice for right and wrong, role model, and quite simply, best friend. Arthur proudly dedicated his life to raising Dustin and sharing incredible life experiences with one another.

Arthur and Dustin attended nine Super Bowls, the series clinching game for all three of the Heat’s championships, games during both of the Marlins World Series appearances, four of the five Miami Hurricane Bowl games that led to titles (Dustin was too young to attend the 1984 Orange Bowl, but you better believe Arthur was at the first of five Hurricane titles) and countless other games all across the country.

In fact, Arthur and Dustin’s love of sports and travel was chronicled in the Fort Lauderdale Sun Sentinel around New Year’s 1995 as they embarked on a cross country journey to attend five major football games in eight days. Through all their travels, Arthur and Dustin visited the majority of the 50 U.S. states together, ultimately culminating in father-son trips to complete Arthur’s quest for all 50 states and a few years later, to allow Dustin to match his father’s feat.

On August 26, 1999, Arthur met Deni Boehm outside of a cigar bar in Aventura (neither smoked cigars) and both of their lives would be changed forever. Deni met her Knight in Shining Armor, and Arthur met his Fair Maiden. Deni always believed it was a “match made in Heaven” by Arthur’s parent’s Herbert and Ada, and her brother, Henry E. Boehm, Jr. Four years later, on May 24, 2003, they married, with Arthur dressed in a suit of armor and Deni in a gown made for a Princess, with the wedding theme, “Dreams do Come True.”

And, dreams did come true for both Arthur and Deni, who celebrated twenty wonderful, love filled years together on August 26, and who renewed their love and wedding vows earlier that year in the mountains of New York at Camp Roberts, with Dustin in attendance.

Arthur’s love for Deni extended to her mother, Celeste, who at age 92 moved into their home after breaking a hip, and where Arthur treated Celeste like the Queen Mother! He adored Celeste and loved bringing food “treats” home to her until she passed at age 97 in 2011. Through Deni, Arthur was like a father to Deni’s son, August Spivey and wife, Anna; a grandfather to Jackson and Asher Spivey; and an Uncle to Deni’s family throughout the U.S.

Arthur was also an Uncle to his brother Hanan’s children in Israel, who individually, at various different points over the years spent time in the U.S.

Throughout his battles with five major cancers during his life, Arthur lived, loved, and enjoyed life as much as any man could. Arthur valiantly fought each battle, continuing to travel, walk and explore the world as much as his body would allow. In fact, from his hospital bed, Arthur was still picking football games with his good friend, Peter Schneiderman, who he met playing poker on a cruise ten years ago.

He is also survived by his extended family, including the many friends and associates he made over the years of practicing medicine and living life to its fullest.

A celebration of Arthur’s life will be held in Weston, FL, on Saturday, November 9th at his home, with the theme: “Around the World with Arthur.”

Those attending are asked to wear bright, happy socks and matching attire to celebrate Arthur’s colorful way of dressing and of living his life!

In lieu of flowers, donations in his name can be made to the Leukemia & Lymphoma Society.