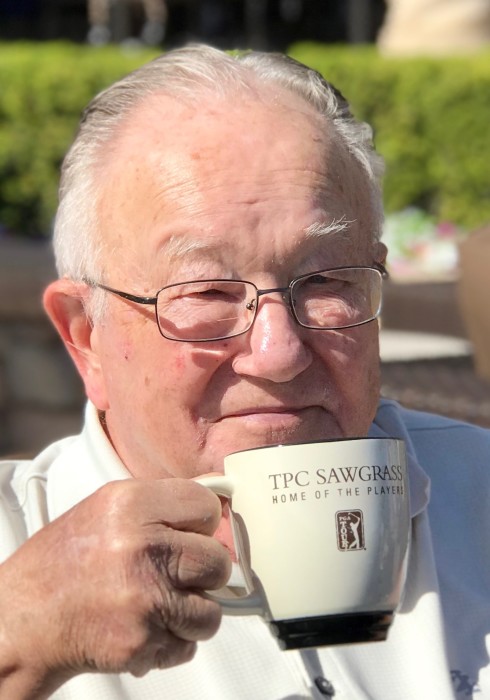 Barney recently relocated to Ponte Vedra, FL, to be closer to his daughter and family after having spent his entire life as a resident of Hammond, IN. Barney was an integral pillar of the Hammond community throughout his lifetime and worked tirelessly to make the community a better place for his friends and neighbors. In addition to serving Lake County as a member of the County Surveyor’s Oﬃce, Barney was a 4th degree member of the Knights of Columbus Unity Council #726 for more than 60 years and as a lifelong member held many governing positions for the organization including:

Barney also held multiple leadership positions in the Hammond, IN community including:

Barney will be remembered by his family and friends and neighbors as someone whom always went out of his way to assist them with any need and did so with a smile on his face. Barney loved the games of golf and football almost as much as he loved his family and friends. He could always be found on a Fall Sunday rooting for the Chicago Bears to ‘Bear Down!’ He loved college ball on Saturdays, especially Notre Dame, and NFL ball on Sundays. When he wasn’t watching football on TV, he was watching his grandson, Porter, play football from Pop Warner through Senior year at Munster High School, and Little League through Babe Ruth in the summer. Grandpa hardly ever missed a game. His was a life well lived and loved and he will be mourned, honored, and cherished by all who knew him.

Funeral services for Barney will be held on Monday, June 10, 2019 at 11:00 a.m. at St. John Paul II Catholic Church in Ponte Vedra, FL, followed by internment at Ponte Vedra Valley cemetery. The family requests that in lieu of ﬂowers, donations be made to your local Knights of Columbus council or the national organization.