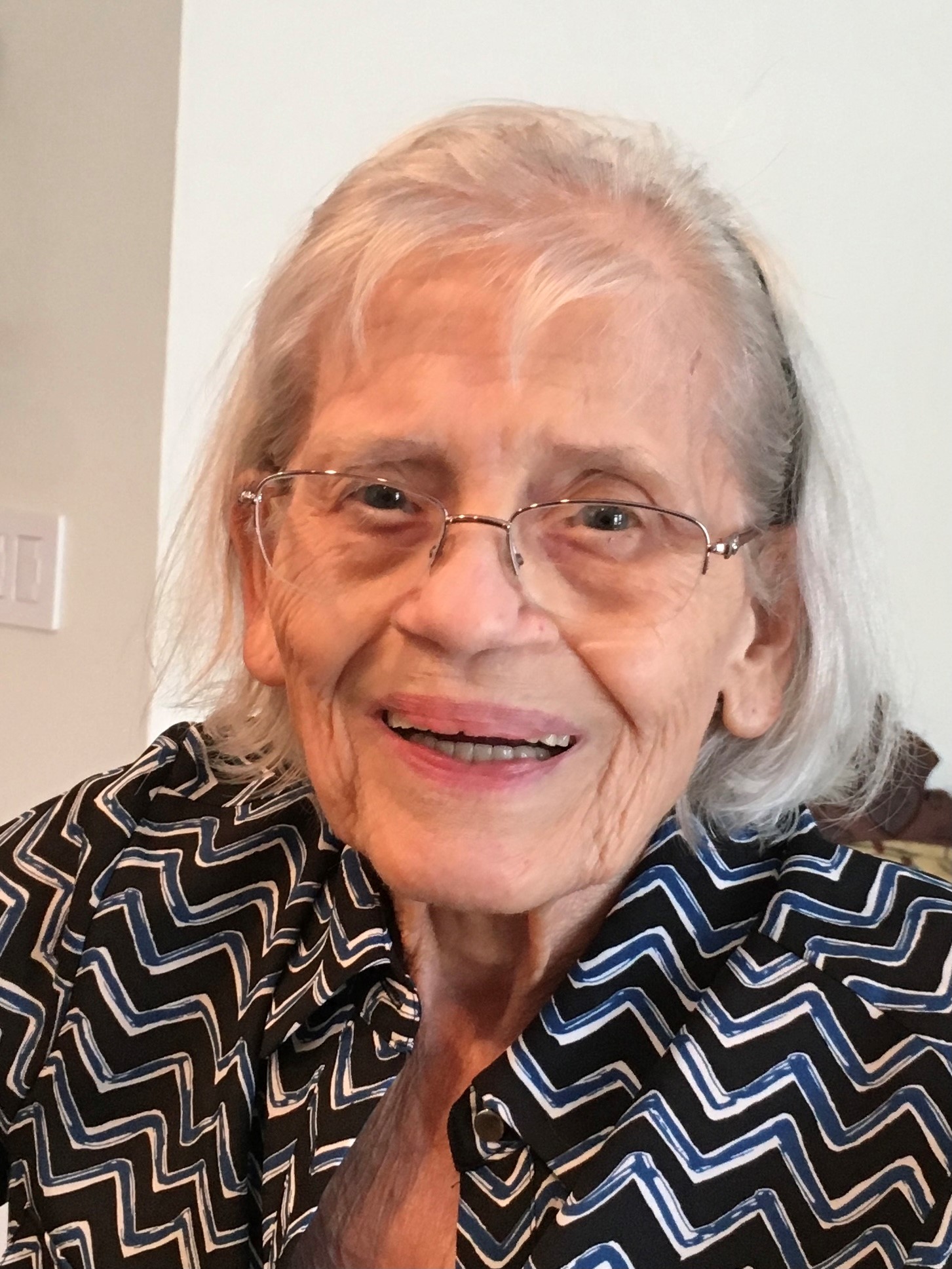 Betty Shetterly Frye was born Betty Jean Shetterly on May 15, 1932 in Kingsport, TN. Her parents were Lawrence Marshall Shetterly and Pearl May Keeler Shetterly. She met her future husband, Richard Frye, while attending East Tennessee State College. The romance was put on hold by a call of duty while Richard served as a sergeant in the U.S. Army during the Korean Conflict. Richard returned home on February 22, 1954. Betty and Richard were then married on November 25, 1954. Soon after, they moved to Erwin, Tennessee where Richard began his career as a music teacher and they started their young family.

In 1963, Betty and Richard moved to Gainesville Florida. Betty soon began work as a secretary at Sperry-Rand and later at General Electric. She rode the technology wave from stenography and typewriters to Dictaphones and word processors.

Betty and Richard loved the water and they loved to fish. Many a vacation was spent at Fernandina Beach where they would catch their dinner out of the ocean.

In retirement, Betty did not slow down, and volunteered much of her time to managing the business side of Highlands Presbyterian Church. With her help, the church opened its doors and shared its facilities with another congregation, and began a program providing food and shelter to homeless families.

She also spent many hours with Richard aboard their dream boat Fishing Fryes, and they enjoyed many trips to Cedar Key. Long days on the Gulf, under the bright blue sky with fishing poles in hand, are precious memories her children and grandchildren will never forget.

Betty adored her seven grandchildren and one great grandson.  Spending time with them brought her so much joy. Playing cards and games was a favorite pastime along with making their favorite foods.

Betty's defining traits have been her warmth, kindness and great desire to make others' lives better in small ways and in large.

There will be a private family memorial service.  In lieu of flowers donations can be made to Family Promise of Gainesville in remembrance of Betty. Their website is https://www.familypromisegvl.org.