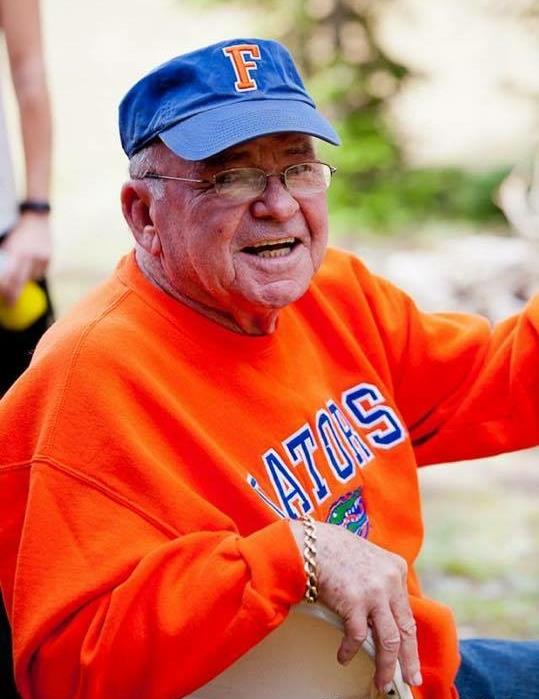 After a courageous battle with cancer, Chuck peacefully passed on with his family and close friends by his side.

Chuck grew up in Wayne, NJ and was a proud graduate of Wayne High School with the Class of 1959.  Here he was an avid athlete and was a NJ State High Jump Champion.  After a stint at Muhlenberg College, Chuck joined the Air Force and spent 18 months in Okinawa.  He developed life-long ties with his friends from both high school and the Air Force.

Chuck began his career as a salesman with NCR, and then eventually took the helm of the family business, Advanced Personnel Services.  His gregarious personality helped grow APS into one of the most successful staffing services in North Jersey.  He raised his family in Packanack Lake, where his entertaining and event planning skills became legendary.  There was never a dull moment in that house!

Upon his retirement, Chuck moved to Ponte Vedra Beach, Florida.  He became an active member of Sawgrass Country Club and the American Legion Post 233 in Palm Valley.  It was here that Chuck started the “Stallion Invitational” in 1988.  For the next 18 years, friends and family from near and far descended upon North Florida for a week of fun, festivities, and oh yeah…golf!   The Stallion Brotherhood spans from Australia, to California, to New Jersey, to the Carolinas, to Florida and will forever be, “Proud to be a Stallion!”

Chuck was predeceased by his parents, Charlie and Mildred Kees.  He is survived by his loving and supportive wife, Angie; his loyal and devoted children, Danny and Susie, along with their spouses, Lisa and Mark; his brother, Eddie and his wife, Sally.  He was deeply loved by his grandchildren, Cali, Ryan and Scott, as well as his nephews, Jason and Charlie. He was very fortunate to gain an extended family and have the loving support of Angie’s children, Leslie and her husband, Dan, and Brad.  Their children Camden, Knowlten, Wyatt and Celia will forever love and miss “Coach Kees.”

As expected, there will be a celebration of Chuck’s life.  Friends are welcome to join his family for one last toast on Sunday, April 24th at 11:00am at Ponte Vedra Valley, 4750 Palm Valley Road, Ponte Vedra Beach.  “Here’s to you, Chuck Kees!”

In lieu of flowers, the family requests donations in Chuck’s memory to the American Legion Post 233 or the American Cancer Society.