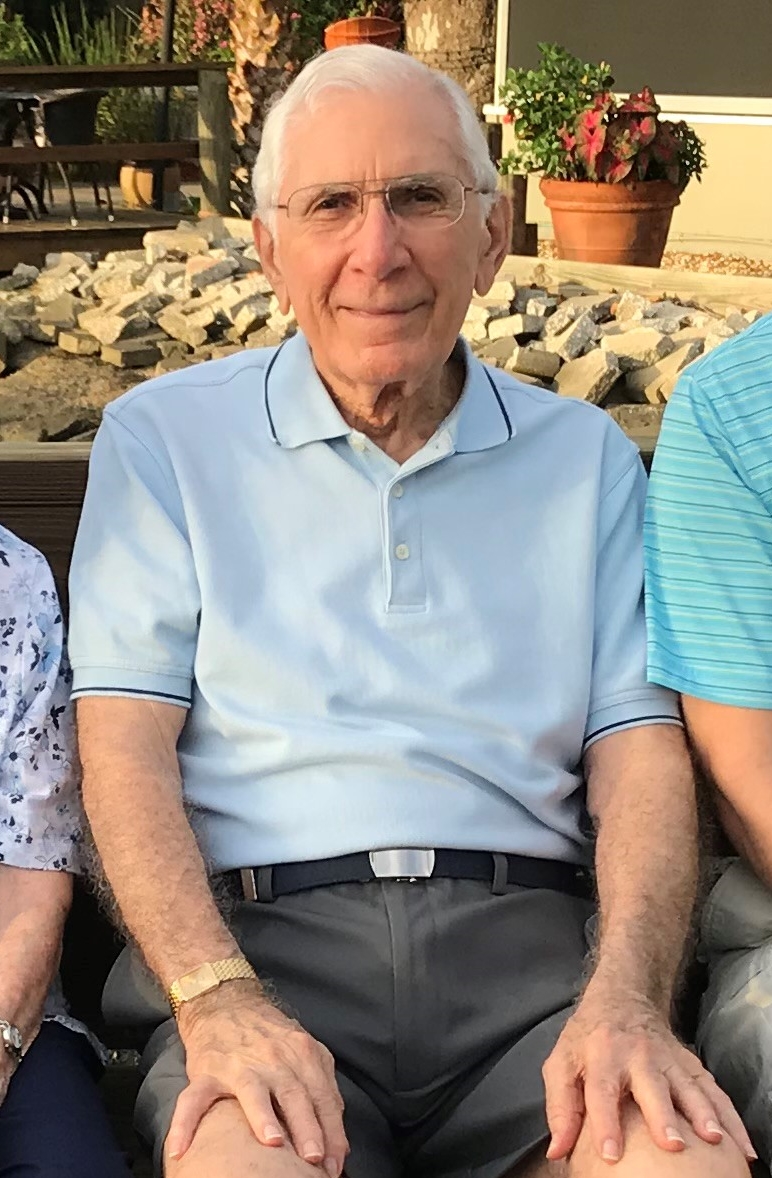 Charles E. Santangelo, Sr., of Ponte Vedra, Florida, passed away peacefully on Monday, March 7, 2022, after a brief illness.  He was 94 years old.  Born August 5, 1927, in Norristown, Pennsylvania, he was the son of the late Stephen and Lena (Marinari) Santangelo, and the beloved husband of Grace (Canavan) Santangelo, with whom he shared nearly 70 years of marriage.  Charles and his wife, Grace, have resided in Ponte Vedra for the last two and a half years.  Charles was a US Navy veteran serving 1945 - 1947.  After his service, Charles returned to the Norristown area, attended Temple University, and graduated with a B.S. in Chemistry.  He was employed by Quaker Chemical Corp of Conshohocken, Pennsylvania, where he worked in a variety of roles, including Division Manager.  In 1977, he moved to Illinois in a new role as President and later Vice Chairman of Stuart Ironsides, Inc.  He retired in 1992.  He lived in Naperville, Illinois, for 41 years prior to moving to Ponte Vedra, Florida, in 2019.

In addition to his wife Grace, Charles is survived by two sons, Stephen and Mark Santangelo of Ponte Vedra, Florida.  Charles has eight grandchildren and four great-grandchildren.  He was preceded in death by his son, Charles E. Santangelo, Jr.

A Wake will be held Monday, March 14, 2022, from 5-7 pm at Ponte Vedra Valley.  A Funeral Mass will take place Tuesday, March 15, 2022, 10 am, at St. John Paul II Catholic Church Nocatee in Ponte Vedra, Florida, and will be livestreamed: nocateecatholic.com/livestream-mass/

Here are directions to access the Livestream at the Church: