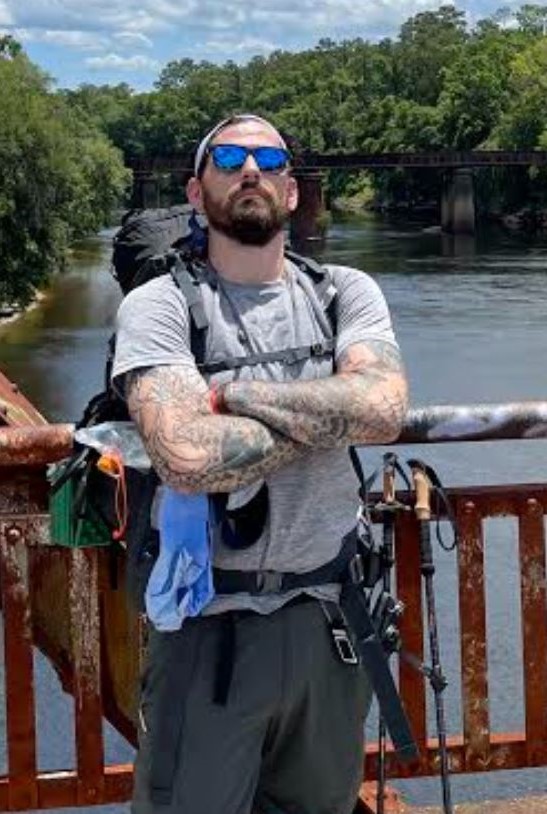 Christopher Ryan Jaques of St. Johns, FL went to be with his Lord and Savior on Sunday, February 13th, 2022.

Ryan’s journey began in Washington DC on September 19th, 1989.  He graduated from First Coast High School in 2007 and then went on to explore higher education at the University of North Florida and Seminole State College studying International Relations.

Ryan spent time in the construction industry honing his skills as a roofer.  He then decided to follow his natural abilities and interest in talking with new people, to an inside sales career, most notably Web.com and Lending Tree.  Most recently he developed an entrepreneurial spirit and followed his interest in cycling and rebuilding bicycles, with a dream of opening his own bike shop and online store.

He was quirky and random but had a good heart and truly loved his family and friends.  He enjoyed spending time with his siblings, nieces, nephews, and friends.  He was a caring person who would often give a gift or possession to someone whom he thought would need or like it.

Ryan was an intellectual and analytical young man who loved to talk politics and current events with many hours invested in podcasts like the Joe Rogan Experience and others too numerous to list.

His 32 years were packed full of a variety of passions and accomplishments from sports where he played football, baseball, basketball, soccer, and running cross country.  As a youth he served at his church and participated in Awana Olympics, Civil Air Patrol, the Annual School Soap Box Derby and even played the trombone.  Some of his youthful obsessions were his rock collection, frog hunting, perfecting yo-yo skills, and his love of weapons.  He also enjoyed fishing, reading books, hiking, thrift store shopping and garage sale hopping.

After high school, he played in a startup band where his talent for singing and playing Bass guitar were brought to life and entertained many at the shows in which they performed.

It was hard not to notice that he had an affinity for backpacks which he took with him everywhere.  Ryan made friends easily and was the true embodiment of the phrase “to know him was to love him.”  Those who knew Ryan grew to love him.

Ryan was preceded in death by his cousin, Shane Michael Paul Ellis in 2008.  It gives the family great peace knowing that when Ryan entered Heaven’s eternity, Shane greeted and welcomed him home.

The family would like to specifically mention the pallbearers who were selected to lead Ryan into his final resting place at Ponte Vedra Valley Cemetery.  Ed Ramirez, Michael Jaques, Daniel Durcan, Robert Wright, Carson White, Ben Grace, Spencer Grace, and Justin Ellis.  In Ryan’s honor, they along with Chris Jaques and David Wright will all be wearing matching red ties.

The funeral service will be livestreamed directly below this obituary beginning approximately ten minutes before the start of the memorial.