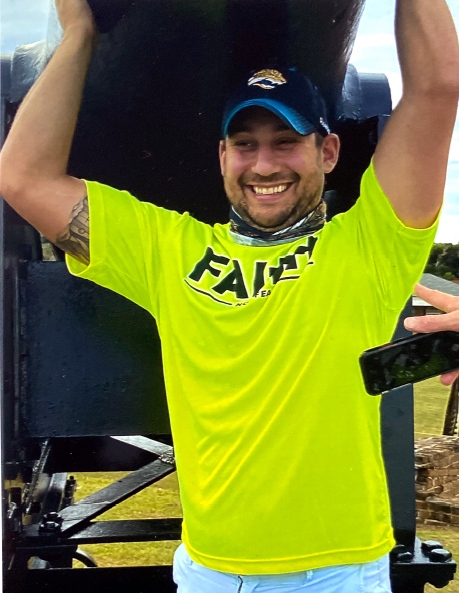 David Christopher Gholson, 36, of Orange Park, Florida, passed away Saturday, October 30, 2021. Funeral services is scheduled in Macon, Georgia, Friday November 12, 2021, at the First Presbyterian Church located at 682 Mulberry Street. The family will be receiving friends in the Gathering room from 11:30 -12:15 with a service in the sanctuary to follow at 12:30. Lunch will be served in the Gathering room after the service and the family will be leaving after lunch for interment at Riverside Cemetery.

The one word that best describes David’s life in his relationship as a father with his daughter, Addison, his son, Luke, his brother, John, his parents, and with his friends is loving. David became a “best friend” with everyone he knew. He never lost his childlike curiosity, passion for life and genuine concern, love, and interest in others. Having his life tragically end at age 36 on October 30, 2021, will be felt throughout this world.

David was born in Atlanta, Georgia June 8, 1985. His family moved to Oconee County, Georgia located near Athens, Georgia when David was age 6. Living in a country setting David and his older brother, John, had 3 dogs and 3 cats. In addition, there were chickens, guineas, and peacocks. It was a dream world for growing up with wide open spaces to ride bikes and explore. David was always happy with a smile on his face.

David became a state champion swimmer in the backstroke while swimming in the summer league in Oconee County. He continued his swimming while attending Oconee County High School with an elite group of swimmers, Athens Bulldog Swim Club, located on the UGA campus. He also ran on the cross-country team for Oconee County High School his junior and senior years. His interest in athletics carried over to his adult life in serving as the soccer coach for his children’s soccer team this year.

David loved the beach and boogie boarding turned into surfing and scuba diving was added to his list of ocean activities. His joy was spending a day at Fernandina Beach with his children where he had spent many years vacationing himself as a child with his family.

David graduated from the University of Georgia in 2009 and became a deputy sheriff in Pinal County Arizona 2 years later. After moving back to Jacksonville in 2012, David became an investment advisor with Fidelity. In 2019 David answered a call into the ministry. He joined the mission team and oversaw Trinidad Partnership with Pinewood Presbyterian Church located at 198 Knight Boxx Road, Middleburg, FL 32068. This mission program builds churches in Trinadad while ministering to the Trinidad people. In recent months David took on the role of Care Pastor helping the senior pastor, J.D. Funyak, with the 9:00 Sunday morning worship service. Earlier this year, David was asked to officiate both a wedding and a memorial service. David also loved the Muppets as a child, and he created a puppet ministry for the children’s Sunday School division.

David is survived by his two children from his first marriage, daughter Addison Hayes Gholson, age 8, and son, Luke David Gholson age 6; brother, John Gholson; mother, Christine Shockley Gholson; and his father, “Jag” Gholson. He also has numerous aunts, uncles, and cousins. When David’s parents asked his children for three words to describe what “Daddy” meant to them, they both replied with a three-syllable word, “ev-ery-thing”. In lieu of flowers, donations may be made to Trinidad Partnership in care of Pinewood Presbyterian Church.