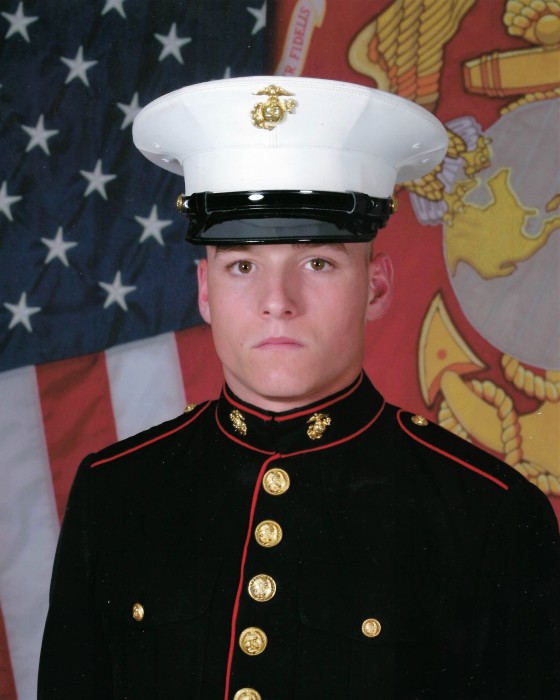 Sergeant Cavanaugh was born in Gainesville, Florida, on December 28th, 1992. He graduated from East Coweta High School in 2011. On September 19, 2012, at the age of nineteen, he decided to enlist in the Marines Corps and headed to recruit training three months later. On December 18th 2012, he attended recruit training at the Marine Corp Recruit Depot, Parris Island. After graduating boot camp on 15 March 2013, he attended the School of Infantry in March 2013, immediately followed by Infantry Machine Gunner Course earning the Military Occupational Specialty (MOS) 0331 Machine Gunner.

In the spring of 2014, Sgt Cavanaugh deployed in support of Operation Enduring Freedom 14.2 to Afghanistan, earning the Afghanistan Campaign Medal and the Sea Service Deployment Ribbon. Upon returning from deployment he attended the Advanced Machine Course. Following his graduation from the Advanced Machine Gunner Course in February 2015, Sgt Cavanaugh attended and graduated from Assault Climber Course at the Mountain Warfare Training Center Bridgeport, CA in June 2015.

In the fall of 2015, Sgt Cavanaugh deployed again with Weapons Company, 1st Battalion, 2nd Marines as part of the Unit Deployment Program (UDP) to the Pacific theater including South Korea, earning the Korean Defense Medal and his second Sea Service Deployment Ribbon. While deployed Sgt Cavanaugh successfully completed the requirements for the French Nautical Commando Course given at the Centre Instruction Nautique Commando in Noumea, New Caledonia; earning the designation of French Nautical Commando.

In the fall of 2016, Sgt Cavanaugh applied for and was accepted to the Squad Leader Development Program. Shortly after being accepted he attended the Infantry Small Unit Leaders Course (ISULC) in February 2017 and graduated April 7, 2017. Immediately after ISULC he attended Sergeants Course and graduated May 18, 2017, meeting the prerequisites and requirements to earn the MOS 0365 Infantry Squad Leader