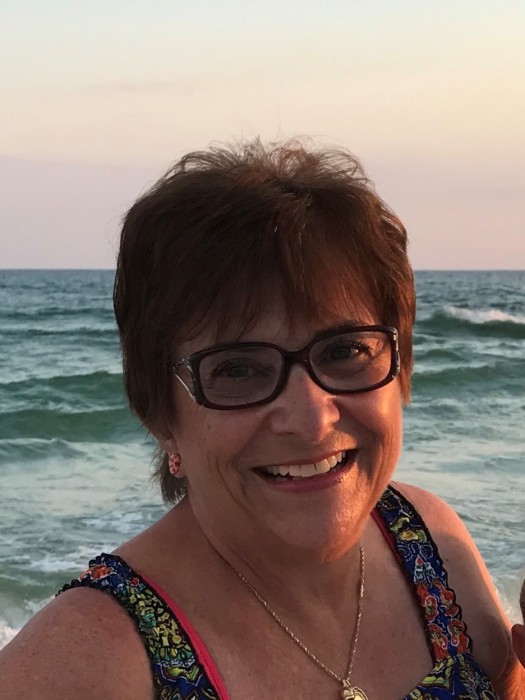 Diane Marie Wade passed away peacefully from this life on Friday January 26, 2018 surrounded by her family. Diane was born in Brooklyn, NY on December 12, 1950 to Joseph and Linda D’Aloia. Diane graduated from St. Michaels High School in Brooklyn. She was married to her husband Edward for 47 years and they raised three girls in Orlando. Diane worked in a variety of roles in elementary education at Azalea Park and Riverdale Elementary schools. She and Ed retired to Ponte Vedra in 2009 and enjoyed years with new friends in the Dell Webb community, while Diane also worked at the Anastasia Club. Diane and Ed enjoyed travel and made many memorable trips including a family trip to Italy, and an Alaskan cruise. Diane was an avid reader and enjoyed playing Mahjong and Canasta. Her creative side showed in her love of music and dance, and she was often the life of the party and leader of the songs. She was a devout Catholic and was a faithful member of the Good Shepherd Parish in Orlando where she served as a eucharistic minister. Diane later served the new mission church, St John Paul II, in Nocatee, as a lector. She was a loving wife and mother, a caring daughter, an enthusiastic grandmother, and a devoted friend. She will be best remembered for her beauty, compassion, and selflessness. Diane was often surrounded by a loud group of siblings, aunts, uncles, cousins, children and grandkids who were great at throwing a party. She is survived by her husband Edward; daughters, Marianne, Loraine and Robin; grandchildren, Tessa, Jessica, Miranda, Emily, Miles and Mia; father, Joseph D’Aloia; siblings, Dennis, Victoria and Linda. Diane was predeceased by her mother, Linda, and son, Steven.  Services will be held at St. John Paul II Catholic Church at 127 Stonemason Way, Jacksonville, FL at 10:30 am with a reception at the Church to follow. Donations in Diane’s memory can be made to The Ronald McDonald House 824 Childrens Way Jacksonville, FL 32207 or to Community Hospice of North East Florida, 4226 Sunbeam Road Jacksonville, FL 32257.