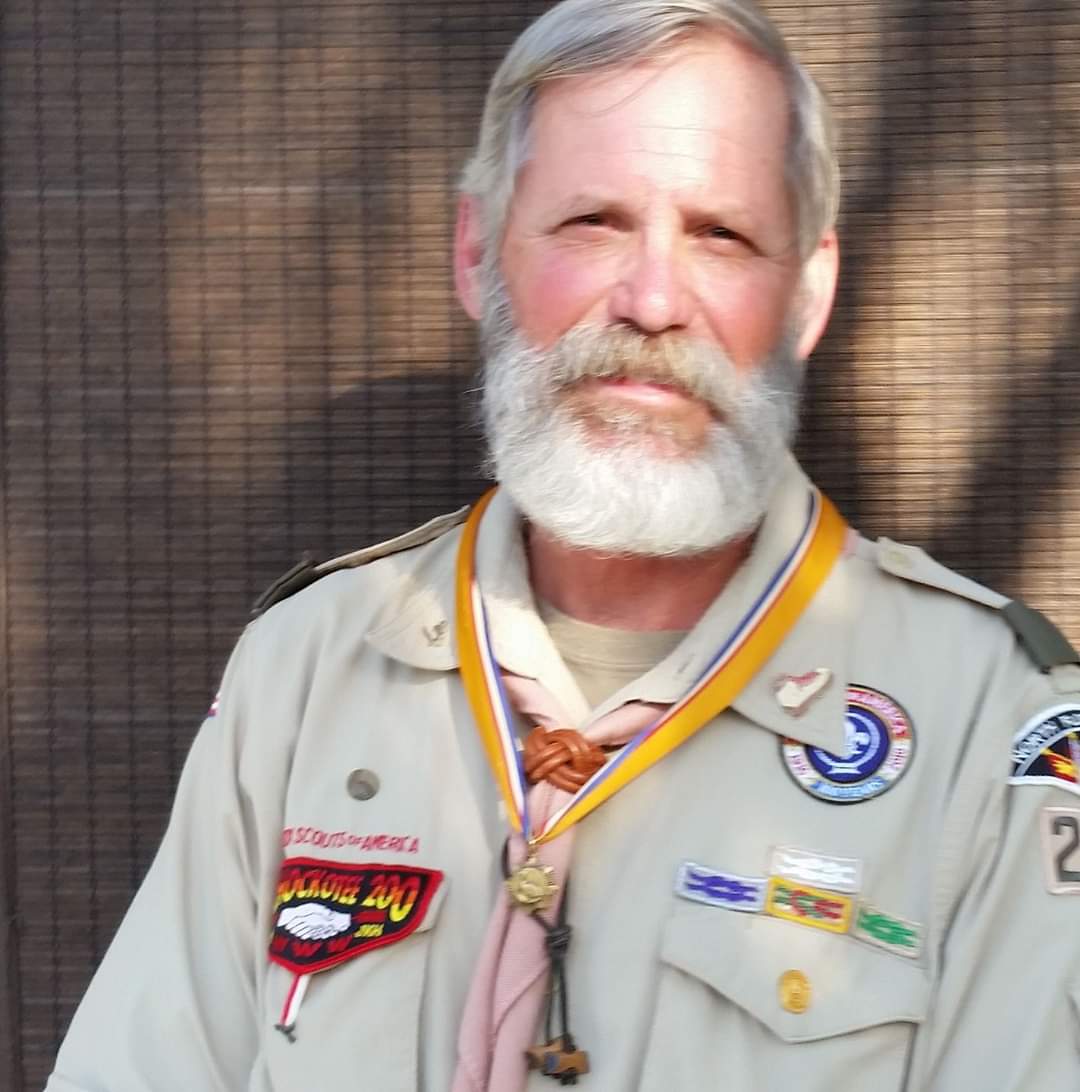 Donald Allen Petty, my humble, talented, and devoted husband, adoring father of our children, and doting Papa to our grandchildren, passed away March 25, 2020 after a very short battle with aggressive metastatic renal cancer.

Don was the Scoutmaster of Troop 282 at Christ United Methodist Church in Neptune Beach, Florida for 27 years.  He has forever touched the lives of over two generations of boys and adults.  65 boys have attained the rank of Eagle due to his guidance and leadership.  He leaves behind many memories of campouts filled with his nightly campfire songs and famous cobblers cooked in his Dutch ovens.  Several troop antics he has composed songs for to the delight of all.  His favorite campout was Kevin’s Farm and that is where he requested his ashes to be laid.  As a boy, he made it to the rank of First Class Scout.  As an adult Boy Scout, Don was awarded The Bronze Pelican (1997), Scoutmaster Award of Merit (2005), and The Silver Beaver Award (2017).  He attended Wood Badge and received his beads in 1996.

Don was a man of many talents.  He taught himself how to play the banjo and then the guitar.  He composed original songs on the guitar, some spiritual, some silly.  He could fix just about anything one way or the other.  He had a great passion for woodworking, and he especially loved making children’s wooden toys.  He was also a great sketch artist.

Don was a pipefitter by trade.  He worked at several local shipyards before going to work with the Department of Defense.  He worked at Navair Voyage Repair Team and then for SE Regional Maintenance Center Mayport Naval Station Florida for a combined 17 years of service.

A Celebration of Life will be announced at a later date so we may all come together to honor this great man, husband, Papa, friend, and Scoutmaster.  In his memory, please consider making a donation to either Community Hospice, 4266 Sunbeam Road, Jacksonville, Florida, or Lakeside Animal Rescue, P.O. Box 571, Holly Hill, South Carolina, 29059.

The family thanks all who have helped us along the way.  All prayers and acts of kindness, no matter how big or small, are greatly appreciated.