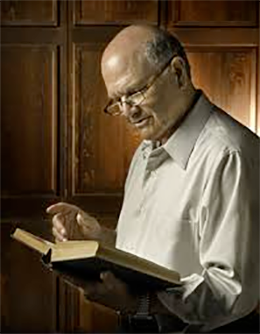 George M. Joseph M.D. of Ponte Vedra Beach passed away December 10th, 2017 with his loving wife of 53 years, Mary Friedlin Joseph, and their children by his side. He is survived by his wife and children, George Jr. (Nicole), Matthew (Nancy), Marisa (Shealan d.), Mary (Brad), eight grandchildren, and one great-grandchild.

A Jacksonville native, Dr. Joseph was the beloved first son of the late Joseph and Frances Joseph, and brother to Richard, Michael, Gary (d.) and Raymond.  He graduated from Robert E. Lee H.S. and Emory University School of Medicine.  He served honorably in the U.S. Army during Vietnam at Walter Reed National Military Hospital.

Dr. Joseph was a practicing psychiatrist in the Jacksonville area for over 40 years.  He was devoted to his patients and served God and his community with dedication, passion and commitment.  A true gentleman and scholar, Dr. Joseph was a connoisseur of the fine arts, opera and literature.  He was beloved by all who knew and worked with him, and never met a stranger. He was also an avid golfer and spent many hours with his golf buddies chasing that elusive white ball across the beautiful greens of Ponte Vedra Inn and Club.

Services will be held at St. Johns Cathedral on Monday, Dec. 18, 2017 at 2 pm.  Internment to follow at Ponte Vedra Valley. Donations in Dr. Joseph’s memory may be made to samaritanspurse.org