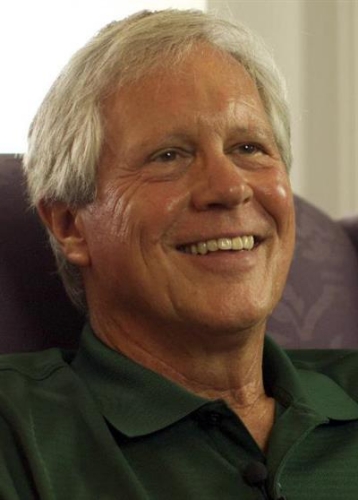 MOORHEAD Dr. John Milton Moorhead passed peacefully into the arms of his Lord and Savior on March 29, 2015. John was born April 27, 1946, in Findlay, Ohio, to Joe Milton and Jean (Pfau) Moorhead. In 1978 he married Rebecca Ireland in Jacksonville, Florida, and is survived by his loving wife and sons: Adam Christopher Moorhead of Bozeman, Montana, and John Ryan Moorhead of Ponte Vedra Beach, Florida. He is also survived by his sister, JoAnn (Robert) Wilson, of Findlay; and a nephew, Jonathan (Stephanie) Wilson, a niece, Christina J. VanSant and their families. He also leaves behind Aunt Jane (Lyle) Feller, Uncle Dallas (JoAnn) Moorhead and many loving relatives, in-laws, and friends. John spent his childhood and teenage years in the small town of Findlay, Ohio. He then majored in pre-med at Ohio Wesleyan University, where he was a member of Phi Delta Theta fraternity and excelled in track. After completing a year of postgraduate study at Ohio State University and becoming an avid Buckeye fan, John enrolled in the Medical College of Toledo, where he graduated in 1972 in the first class from the institution. After graduation, warmer weather wooed him to Jacksonville, Florida to continue his professional education. There he did a residency in Internal Medicine, and later a fellowship in Pulmonary Medicine. He worked in five Jacksonville hospitals before he became Assistant Director of Pulmonary Medicine at Baptist Medical Center in 1981. Dr. Moorhead was admired as a physician, and pursued an opportunity in his medical career that led him into private practice as a consultant. He worked initially with Physician Medical Review, Inc., and subsequently with his own business, Medical Consulting Services of Northeast Florida. In that capacity he worked with medical centers across the country to improve the quality of their medical record documentation and billing. Dr. Moorhead was a man of strong faith. Beginning in 1999 he made eight trips to Kursk, Russia, initially with East West Ministries, then a couple independent trips to support churches and a hospital, and then with an organization supporting orphans- Alone No More. From those trips, he gathered many dear and lasting friendships. He also traveled to Colorado and joined John Eldridge's Ransomed Heart conferences, serving frequently as a team member and leading young men in their deeper search for Jesus. From this service grew many more new, deep and lasting friendships-- around the country and around the world-- as well as an ongoing affection for the Rocky Mountains. John was admired for showing so much courage in his 9-year battle with stage IV metastatic colon cancer. His heart remained strong despite many challenges to his health, and God created a special ministry for him as he spoke into the hearts of hurting people everywhere. In his final months, Dr. Moorhead and his wife appeared in the lead article and cover of Health Source magazine, discussing how he was able to persevere in spite of his cancer. He was also taped for a special Public Service Announcement video on the importance of colon cancer screening. John was a dedicated husband and father who loved his family well, and his life was filled with goodness and love for others. He was someone you could always call and know he would be there for you and pray for you. He will be missed tremendously. A memorial service will be held at Beaches Vineyard, 751 Atlantic Blvd, Atlantic Beach, FL on Thursday April 2 at 5 pm. In lieu of flowers, Dr. Moorhead requested that donations to be sent to Ransomed Heart Ministries, PO Box 51065, Colorado Springs, CO 80949. Please sign the online guestbook at www.pontevedravalley.com. Please Sign the Guestbook @ Jacksonville.com