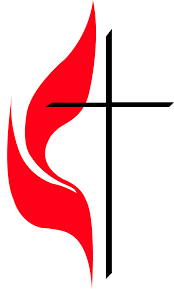 Dr. Peter Stahl, Jr., 88, formerly of Flandreau, South Dakota, passed away surrounded by his loving family on November 21, 2017, at the Dougherty Hospice House in Sioux Falls.  Pete was born on November 28, 1928, in Freeman, SD, to Reverend Peter Stahl and Barbara (Hofer) Stahl.  He was raised on their family farm along with his brothers and sisters.  Pete graduated from Freeman Academy in 1946 and married Janice Berg on September 22, 1950.   Shortly after their marriage, Pete joined the US Army and moved to Colorado.  In 1953, the Stahl family returned to Freeman where Pete began farming.  After farming for four years, he changed career plans and moved his family to Chicago, so he could attend National College of Chiropractic.  After graduation in 1963, Dr. Stahl and his family moved to Flandreau, SD, where he opened the Flandreau Chiropractic Clinic.  Continuing his education, Dr. Stahl earned his Diplomat from the American Board of Chiropractic Orthopedists in 1973.  Pete served as the President of the South Dakota Chiropractic Association from 1979-1980 and earned South Dakota Chiropractor of the Year in 1981.  Dr. Stahl had a long and successful career serving the members of his community and retired in 1993, turning the business over to his daughter and son-in-law, Dr. Steve and Coral Headrick.  Pete enjoyed hunting, fishing, snowmobiling in the Black Hills, trap shooting, golfing, and even got a hole-in-one on June 21, 1989, on the 8th hole at the Flandreau Golf Course.  But not to be shown up by her husband, Janice earned her hole-in-one on the same green in 1999.  Pete and Janice were faithful members of the United Methodist Church, where he enjoyed being a member of the choir.

A Funeral Service will be held in Freeman, SD, on Friday, December 1, 10:30 am, at the Salem-Zion (North) Mennonite Church with burial to follow at Salem Zion Mennonite Cemetery, the same cemetery as his son, Bret.  A Visitation will take place Thursday, November 30, at Walter Funeral Home in Freeman from 5 p.m. to 7 p.m.

The family would like to express their gratitude to the Dougherty Hospice House, the care Pete received from his Hospice Nurse, Bruce, along with the staff of Walter Funeral Home.

In lieu of flowers, the family kindly requests donations to Dougherty Hospice House or the South Dakota Chiropractic Scholarship Foundation.