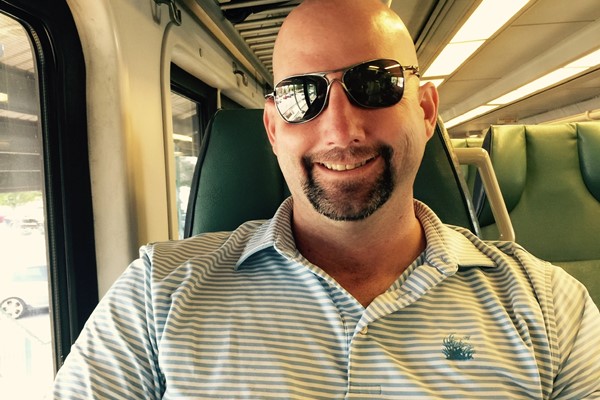 Evan T. Bell passed away on November 21, 2021. He was born on July 2, 1974, in Hazleton, PA. He attended Hazleton Area High School and Bishop Hafey High School, and then attended Stetson University in Deland, FL. After school, he lived and worked in Orlando for General Electric before moving to the Jacksonville, FL area. He began working at CSX in the year 2000. Evan married Rebecca (Hopper) on March 8, 2003, in St. Augustine, FL. In his spare time, Evan loved to watch and play sports, including basketball, golf, softball and cheering on his beloved Jaguars. He loved boating and fishing and all things outdoors. Evan coached and rooted on his children in their sports. He loved to play trivia with his family and friends.

Evan is survived by his wife Rebecca and their three children: Lucas, Trevor and Vivian; his sister, Janet (Bell) Rohatgi, Nazareth, PA; and his brother, Jonathan Bell, Keylares, PA. He is preceded in death by his parents John and Ruth (Price) Bell. Evan served on several boards, including his Fraternity, Delta Sigma Phi, as well as on the board of directors for various rail industry groups, such as GoRail and Rail Marketplace. He donated to several charities annually, including his childhood YMCA in Freeland, PA.

A memorial service will be held in his honor on December 3, 2021, at 11 am at Ponte Vedra Valley Funeral Home, 4750 Palm Valley Road Ponte Vedra Beach, FL.