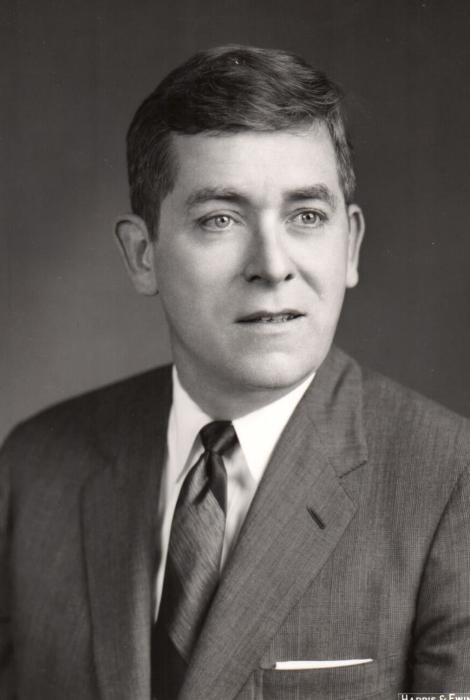 Francis “Frank” Patrick Cotter, 94, passed away July 16, 2016.  He was born to Patrick and Mary Cotter on June 12, 1922, in the Bronx, NY.  Frank served his country proudly with the Marine Corps in the South Pacific during World War II.  He received his Bachelor of Science degree from New York University, and his law degree from the Catholic University of America in Washington, DC.  In 1952, he was appointed a member of the professional staff of the Joint Congressional Committee on Atomic Energy.  In 1956, he joined Westinghouse until his retirement. In 1994, he and his wife relocated to Ponte Vedra Beach, FL.  During his work with Westinghouse, Frank would take several leaves to continue his work with atomic and nuclear energy.  These include being appointed in 1958 to the Select Committee on Astronautics and Space Exploration; from 1962 to 1963, he served as a member of the Ad Hoc Advisory Panel on Safeguarding Special Nuclear Material; in 1970, Frank was appointed a member of the Advisory Committee on Energy to the Secretary of the Interior and chairman of the Nuclear Subcommittee.  He would also serve on the board of directors for: The American Nuclear Energy Council, The National Epilepsy Foundation, The Rio Grande Technology Foundation, and The Westinghouse Parent Group Fund.  He is survived by his loving wife of 51 years, Malinda; children, John Patrick Cotter, Mary Alice Cotter, Catherine Ann Noon, Frank Cotter, Jr., and Patrick F. Cotter; eight grandchildren and one great grandchild.  A visitation will be held from 1 to 2 pm on Thursday, July 21, at Ponte Vedra Valley.  A funeral service will follow at 2 pm at Ponte Vedra Valley.