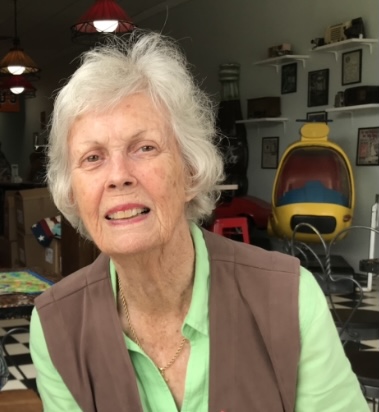 Gail Patricia White Landon was born on January 14, 1938, in Wilmington, Delaware and died on June 4, 2022, at the age of eighty-four in Ponte Vedra, Florida. She is the daughter of Willard and Grace White of Wilmington, Delaware. Gail had four older brothers, with whom she was remarkably close, Willard Thomas White III, Edward Carpenter White, Ronald Bruce White, and Paul Gerald White.

Along with her brothers, Gail graduated from Tower Hill School in Wilmington and then went on to graduate from Sullens College in Bristol, Virginia in 1958. Gail was a member of the Wilmington Country Club, the Junior League of Wilmington, where she was the Editor of League News. She attended Immanuel Episcopal Church in Wilmington, where she was the chairperson of the St. Lucy’s chapter for several years. In Florida, Gail was a member of The Tequesta Country Club, The First Presbyterian Church in North Palm Beach, a member of Good Shephard Episcopal Church in Tequesta, and Christ Episcopal Church in Ponte Vedra Beach. She enjoyed volunteering at church, her daughters’ schools, and the St. John’s County Public Library in Ponte Vedra Beach. Additionally, she had a fondness for Genealogy and spent many years researching her ancestry,

Gail always put family first. She had a kind, compassionate, thoughtful demeanor. She spread joy with every fiber of her being. She was a devout Christian and enjoyed attending various bible studies throughout her adult life. She related well to young people and wished to be remembered as a former pre-school teacher of many years at Peter Pan Nursery School in North Palm Beach, Florida.

A Traditional Service will be held at Christ Episcopal Church - 400 San Juan Drive, Ponte Vedra Beach on Friday, June 24 at 11:00 am, with a reception following in Westbury Hall.

A Funeral Service will be held on Friday, July 15, 2022,11 am, at Lower Brandywine Presbyterian Church, Wilmington, Deleware.

In lieu of flowers, the family would like to suggest one of three ways to honor Gail’s memory,