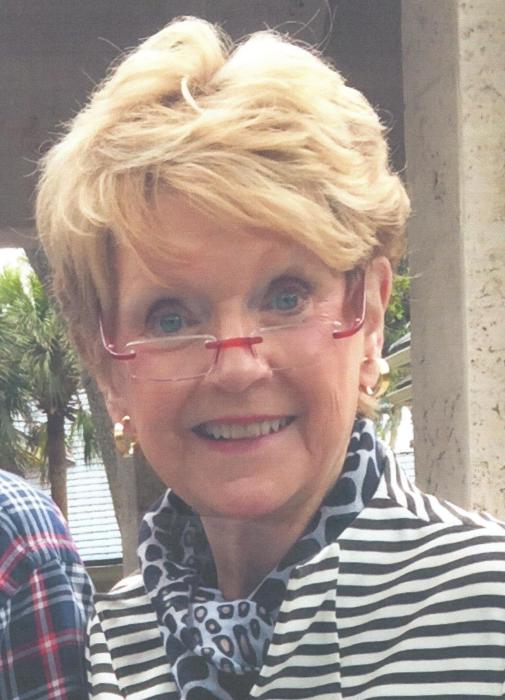 Gwynne G. Tonsfeldt passed away on October 3, 2016, at Mayo Clinic under the care of hospice, as a result of pulmonary fibrosis.

Gwynne was born November 4, 1941, in Columbus, GA, to Sims and Connie Garrett.  She grew up in Atlanta, graduated from Westminster, and went on to Randolph Macon College, Emory University receiving her BA, The University of Georgia for her MA, Georgia State University for her MS in psychology, and Pacifica Graduate Institute for her Ph.D. in Depth Psychology.

Gwynne worked in advertising and marketing in New York City, but after marrying Bob in 1985 found her life’s joy and worked in psychotherapy.  She was in private practice in Atlanta from 1989 to 1995 and in Ponte Vedra from 1997 to this past August.

Gwynne was active in several community activities. She was President of the Scarsdale, NY Junior League, and after moving to Ponte Vedra founded FOCUS Cummer to support the Cummer Museum.  Gwynne was recognized by the Rotary Club for her efforts in several community activities. She was also a strong supporter of the Jacksonville Symphony and the University of North Florida School of Music.

In lieu of flowers, donations can be made to Mayo Clinic in honor of Monica and Bob Jacoby and Bob Davis and in memory of Isabel Davis, or to the National Association of Survivors of Child Abuse.