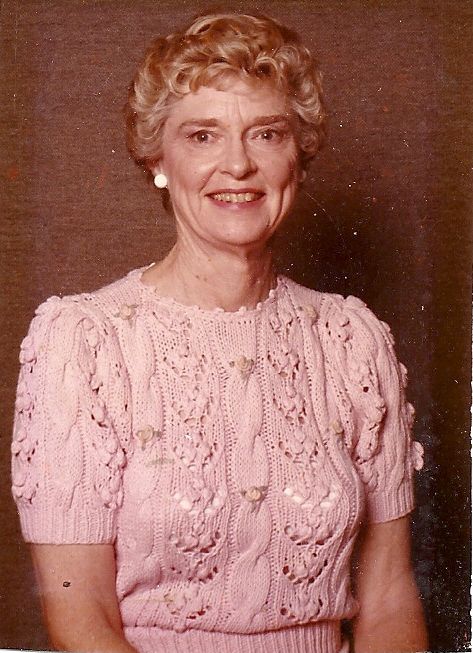 Harriet Ann Marshall Seguin, born September 8, 1917, left our world on February 23, 2017.   She was the daughter of Harriet Duncan Marshall and Raoul Patterson Marshall.  A native of Seattle Washington, she was a proud granddaughter of Seattle pioneers, George and Harriet Duncan, and a grand niece (couple of great, greats, in there) of Chief Justice John Marshall.   After graduating from the University of Washington with a BS in Nursing (1939), Harriet began work as an RN in Seattle.  Harriet was commissioned as a LT in the USN, she served along the west coast of the US.  When transferred to Minneapolis, MN, she met her husband, Robert E. Seguin.  They then moved from Minnesota to Rhode Island to Florida for Bob’s naval career and Minnesota, Illinois, and then Massachusetts for his corporate career.  Each move she settled everyone in and found volunteer, church and work opportunities.

After Bob died in 1971, Harriet moved to Cape Cod with her boys and built a multi-faceted career as an RN, not retiring until the young age of 78.  In 2002, Harriet moved to Atlantic Beach, Florida, continuing to play the piano and swim well into her 90’s.  She was honored to be asked to play the piano for weekly church services at her community which resulted in several families over the years requesting for her to play at Memorial Services.  Harriet’s joy came from serving and helping others.

Harriet was an optimist, who always saw the bright side of life.  She was immensely proud of her children and grandchildren.  An early practitioner of organic and healthy principles, she gardened into her 80’s.  She was an accomplished pianist, loved to knit and sew, fish, swim, play tennis and picked up golf in her 60’s. Harriet loved to play bridge, tell jokes, ice skate, celebrate holidays, including April Fool’s Day, dance and laugh.  A role model for healthy living and loving, she leaves her daughter, Debby and husband Kerry and their children, Jillian and Jamie and his wife Jessica, son CDR Frank Marshall and his two sons, SGT Shawn and wife Holly, son Mattis, and SrA Jason. She was predeceased by her son, Robert E. Seguin, Jr.

Services will be held at Arlington National Cemetery at a later date, where she will be interred with her husband.