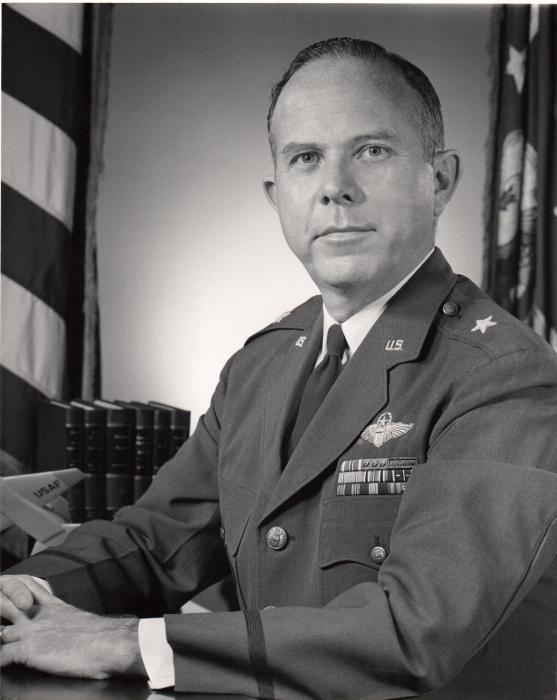 NEWCOMER Henry Crandall, born in Abington, PA, June 3, 1916, found eternal rest on November 20, 2016 and has been reunited with his beloved wife, Paulette and his much loved son, Stephen. Paulette, a Parisian, was the first French WWII fiancée to arrive in the United States. They were married at the Washington Cathedral, Washington DC, on June 8, 1946. They are once again holding hands.

Henry Newcomer held his paternal grandfather in high esteem for his intelligence, ethics and above all his humanitarian qualities.  Henry Clay Newcomer (Brigadier General US Army), 1861-1952, was a cadet at the United States Military Academy at West Point, graduated first in the Class of 1886 and ranked fifth in the entire history of the Academy.

Henry followed in his footsteps, graduating with academic honors from West Point in 1939.  This was the class that bore the impact of the outbreak of WWII.  As a new second lieutenant, Henry initially followed family tradition by joining the Corps of Engineers.  But in January 1943, attracted by the adventure and novelty of flying, transferred to the Army Air Corps.

During the last 18 months of the war in Europe, he flew 291 combat hours as B-26 Squadron Commander, carrying out 84 missions in a Martin B-26 Marauder. He was twice made a member of the Caterpillar Club for parachuting out of his aircraft under emergency conditions.  The 610 members of his West Point class formed a distinguished group. It included two Medal of Honor recipients and 71 future generals, including Henry himself.

When the Air Force became a separate branch of the military in 1947, Henry left the Army to become an Air Force officer.  He remained in the Air Force until his retirement in 1969 after thirty years of service.  On his return to civilian life he was director of management engineering at Bell Aerospace until 1980, when he and Paulette moved to Jacksonville, FL and then Ponte Vedra Beach in search of a warmer climate.

Forever active, Henry joined Watson Realty as vice-president and manager until his final retirement in December 1998.

His early childhood and his education at West Point, with his own character, gave him a readiness to take on responsibility and a great desire to serve his fellow man.  He displayed these qualities as a member of churches and organizations ranging from Christ Episcopal Church to the Salvation Army, the Boy Scouts of America, the US Tennis Association and numerous other local and national societies and associations.

Henry was an avid tennis player until the age of 98 and continued to drive four months after his 100th birthday.

He was a man of deep faith, proclaiming: "God was my pilot and I was his co-pilot."

A Service of Christian burial will be celebrated at 11:00 am on Friday, December 2, 2016 at Christ Episcopal Church, Ponte Vedra Beach.

A Graveside Service will follow at Ponte Vedra Valley Cemetery. In lieu of flowers, memorial contributions may be made to Community Hospice of NE Florida, 4266 Sunbeam Road, Jacksonville, FL 32257.

Arrangements are under the direction and care of Ponte Vedra Valley Funeral Home.