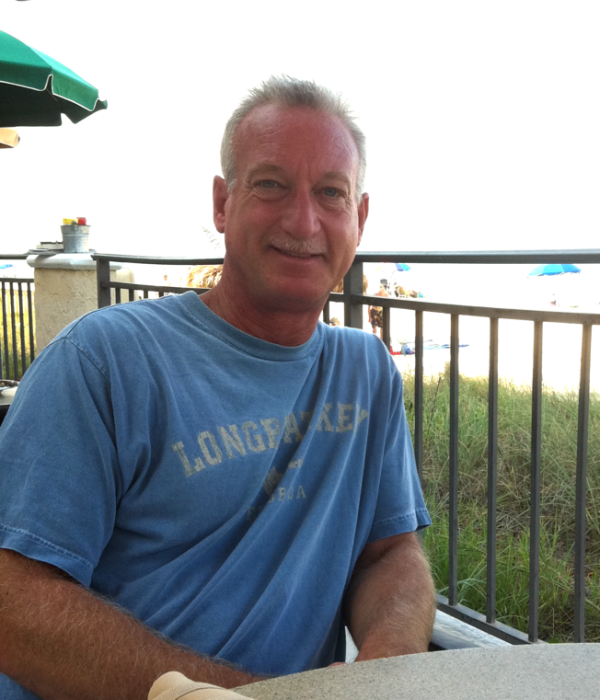 Henry Edward Connors, 61, passed away surrounded by loved ones in Jacksonville, Florida, on June 5, 2019, after a brave and hard-fought eighteen-month battle with lung cancer.

Henry was born on February 9, 1958, in Buffalo, New York. He lived in several different cities and states during his early years before settling down in Ponte Vedra Beach, Florida, in 1992. During his years in Florida, he loved taking advantage of the great beaches and local golf courses, and cultivated his expertise as a food and wine enthusiast.

Henry spent his career working for CSX Transportation in Sales and Marketing before retiring as a Director in 2014. During his time with CSX, Henry was a beloved employee and supervisor, and met many close friends, including his best friend and wife of 30 years, Nancy. In retirement, Henry and Nancy enjoyed traveling the country, especially to the National Parks and visiting friends and relatives both near and far.

Henry was a proud alumnus of the University of Notre Dame, where he received his Bachelor’s degree in Mechanical Engineering. Since graduating, he remained an avid Fighting Irish football fan, inspiring his wife and daughters to share his enthusiasm for the team throughout years both triumphant and challenging. Henry was a lifelong Catholic, and since moving to Florida had been a devoted parishioner of Our Lady Star of the Sea.

Most recently, Henry took great joy in being able to walk his oldest daughter, Amanda, down the aisle at her wedding. He was grateful to celebrate this special day with his family and some of his closest friends.

Henry is survived by his wife, Nancy Connors; his daughters, Amanda (Brandon) Ikner and Megan Connors; his parents, Robert and Virginia Connors; and his siblings, Frank Connors, Alyce (James) Ball, Robert (Beth) Connors, and Helen (David) Grant; as well as many nieces, nephews, great-nieces, and great-nephews.