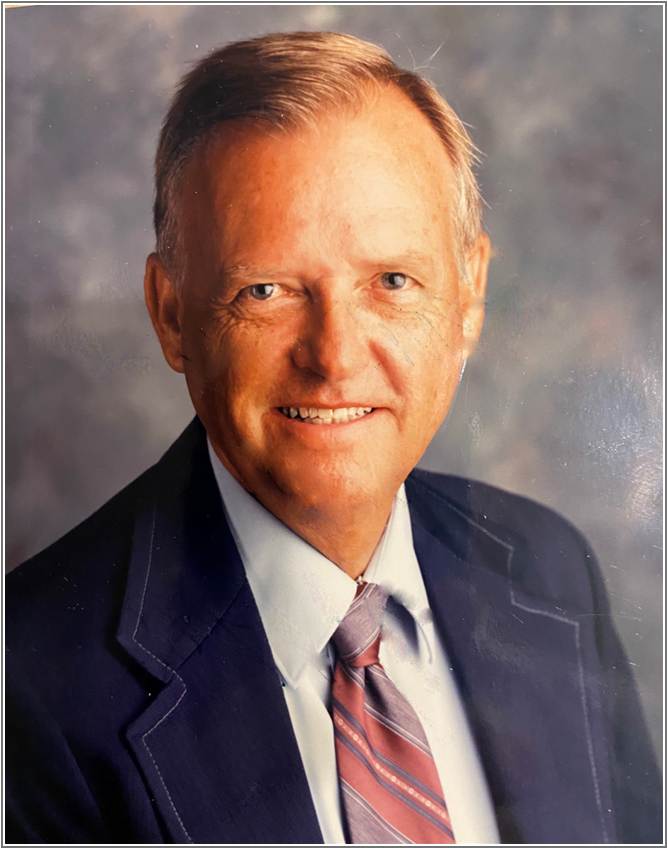 Henry (“Harry”) Lee King took his Christian heavenly journey on November 1, 2020, passing peacefully at his home, at the age of 91.

Harry was born on August 15, 1929 to Marie Allen King and B.J. King in Columbus, GA, the youngest of 7, having 3 older brothers and 3 older sisters.  He attended Columbus High School and graduated from Emory University Academy, completing his first two years of college.  Harry then served 4 years in the U.S. Navy during the Korean War on board the USS Bon Homme Richard (CV-31).

Harry went on to attend Georgia Southern University where he met and later married, Shirley Smith of Glennville, GA.  Shirley was the love of his life and they were married for 66 years, residing mostly in Florida and Maryland.

Harry earned a Masters Degree from Florida State University and enjoyed additional post graduate studies at multiple other colleges and universities over the years.

Harry had a passion for teaching and he taught Chemistry and Physical Science at multiple schools in both Florida and Maryland to include; Clearwater High School and St. Petersburg Junior College, then 11 years in Maryland at Woodlawn High School, then relocated back to Florida, teaching at Dunedin High School and Tarpon Springs High before retiring in Dunedin.

Harry loved traveling and exploring and he and Shirley enjoyed many trips throughout the world.  Baseball and music were lifelong passions, including playing the piano and organ, being part of a softball team, and following major league baseball and his team; the Tampa Bay Rays.

Harry and Shirley moved from Clearwater, Florida to Jacksonville, Florida in 2016 to be near family. Then in 2019 they settled in the community of Nocatee in Ponte Vedra, Florida to be even closer to their daughter and granddaughter's family and their 3 great grandchildren.

Harry was a beloved and devoted husband, father, grandfather and great grandfather, and will always be missed. A family service was held at Ponte Vedra Valley Funeral Home and Cemetery in Ponte Vedra, where he was laid to rest.