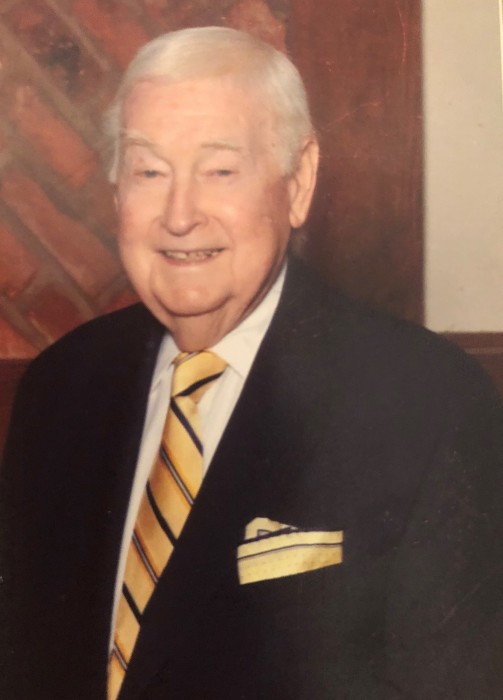 Ian B. Mackenzie of Palm Coast, FL and formerly Pawling, NY passed away on Tuesday, April 17th at age 94. His health had been deteriorating for some time. He was born and grew up in Syosset, NY and was a first-generation American as his parents, Roderick and Annie Mackenzie immigrated from Scotland in 1921 as butler and cook to Andrew Carnegie’s extended family. He was named after his uncle, Ian Buchanan who was killed in the Great War (WWI) at the Battle of the Somme.

During the Depression, Ian spent nearly 4 years, aged 8-12 growing up in Kneep, a small village on Scotland’s Isle of Lewis. He felt the experience toughened him up and ignited his spark to succeed. The Pearl Harbor attack occurred during his Hicksville HS Senior year and he left school early to join the Army Air Corps and become a P-51 fighter pilot in Europe.

After the war, he got his GED and took courses at NYU. He started selling Cadillacs and ultimately became an Automobile Dealer with dealerships in NY, MA, RI, and CT. In the early 80’s he made a career change and at age 59 went to work at the Marlin Company in Wallingford CT and for the next 27 years set several sales records.

Possibly his greatest achievement was marrying Marilyn Otis of Port Washington, NY. Together they had six children and were married for 43 years until her passing in 1993. Fortunately, he ran into an old acquaintance, Beverly Kemp who herself was a widow and they were married for 14 years until Bev’s passing. Shortly thereafter, he sold his home in Pawling, NY and moved to Florida.

A lifelong supporter of Rev. Norman Vincent Peale; Ian was a board member of the Peale Guidepost Foundation and enjoyed tithing to the Marble Collegiate Church where Rev. Peale preached for six decades. He was also a proud member of the VFW and the P-51 Mustang Pilot’s Association.