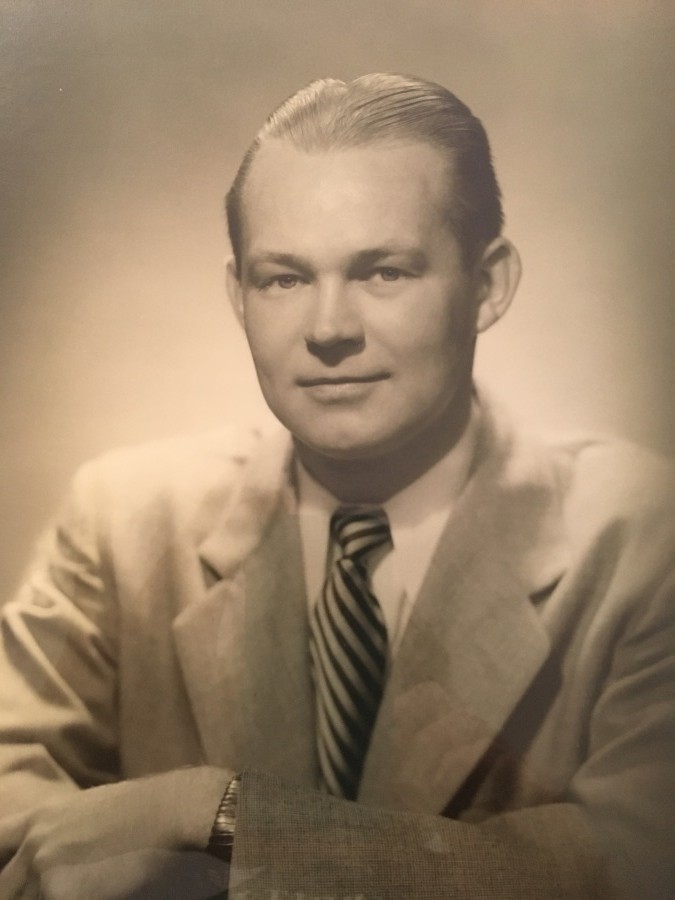 Ted was born on May 28, 1923, in Yonkers, NY. He was the second of three sons of George and Marie Rusnack. His parents opened Rusnack’ s Tavern in 1934 on Riverdale Avenue in Yonkers, NY, where “Teddy” would go after school and his mother looked after him as she cooked and served customers while his father tended bar. He was an Army ROTC graduate and mathematics major from Fordham University, Bronx, NY, in 1944.  He was deployed to Europe during WW II as 2nd Lieut., Infantry, Cannon Company utilizing his math skills and awarded three Bronze Stars. His war experiences forged his desire to become a physician upon discharge.  The GI Bill enabled him to graduate Cornell University School of Medicine and he completed his residency at Bellevue Hospital, Manhattan, NY.  Orthopedic training was completed at Nassau County Medical Center, East Meadow, NY, and shortly thereafter he joined nearby Glen Cove Hospital where he later became Chief of Orthopedics. He established a private practice in Glen Cove retiring in 1989.  He and Rosemarie then moved to Hobe Sound, Florida, and in later years to Ponte Vedra and Ponte Vedra Beach.

Ted traveled the world with his beloved wife Rosemarie with whom he enjoyed golf, horse racing, ballroom dancing and most importantly time with family and friends.

Ted was passionately engaged at his local Catholic church as a Eucharist Minister, choralist, and Fourth Degree Knight as a lifelong Knights of Columbus member.

Funeral service will be held on Thursday, June 27, 2019 at 11:00 AM at Our Lady of the Star Sea Catholic Church in Ponte Vedra Beach, FL, followed by internment at 1:30 pm Jacksonville National Cemetery.

The family extends heartfelt thanks to all those who have helped Ted in recent years, especially his brothers at the Knight of Columbus.

In lieu of flowers the family has requested that you consider a donation to the Knights of Columbus, Council Number 16492, 127 Stone Mason Way, Ponte Vedra FL  32081.