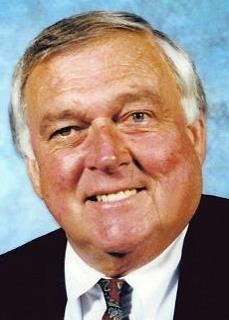 LYNCH J. Bryan Lynch, Jr., 75, of Ponte Vedra Beach, went to Heaven to be with his Lord April 5, 2014. He was born in Newport News, Virginia, August 4, 1938. He graduated from Hampton High School and after attending UVA he moved to Northern Virginia where he lived for 40 years. He started his own business, Capitol Forms & Systems, in 1972. An avid golfer his entire life with a total of 7 holes in one, he qualified for the 1993 USGA Senior Amateur Championship. He was a member and past President of the Country Club of Fairfax, and a current member of Sawgrass Country Club where he was Senior Club Champion in 1995. He retired to Ponte Vedra Beach, Florida where he was a member of the Ponte Vedra Presbyterian church. He was preceded in death by his first wife, Catherine H. Lynch, parents Lucille (Hanowell) Lynch and Jennings Lynch and sister Carole Lynch. He is survived by his loving wife of 34 years, Bonnie Dolan Lynch, his son David Bryan Lynch, daughters Cathy Lynch and Stacie (Lynch) Nicandri, son-in-law Peter E. Nicandri, daughter-in-law Alice A. Lynch, grandchildren Melissa and Michael Nicandri, Jessica and Kimberly Lynch, Rhonda and Rachel Lynch, sisters Gail Bradley (Donald Bradley) and Robin Johnson (Jim Johnson), brother-in-law Jim Lynch, along with many nieces, nephews, cousins as well as a wealth of friends. A memorial service will be held at Ponte Vedra Presbyterian Church on April 25th at 2pm. Words of comfort may be shared with the family at www.pontevedravalley.com. In lieu of flowers, donations can be made to The American Cancer Society in his memory. Please Sign the Guestbook @ Jacksonville.com