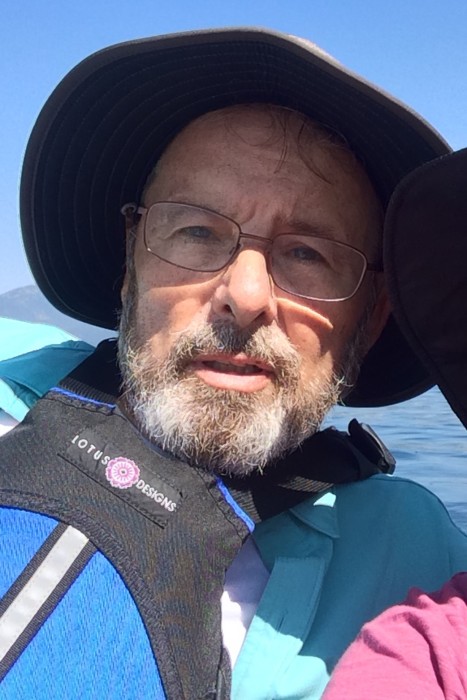 James (Jim) Austin Buce, 73, passed away on September 30, 2017. He was born in Berkeley, California and settled in the warmth of Ponte Vedra Beach in 2001 to enable his beloved wife, Judith, to walk the beaches collecting shells and to be near his much loved stepson and his family, in Birmingham, Alabama.

Often transferred from one part of the country to another due to his father’s work as a child, Jim developed an ability to make friends quickly, started collecting rocks and minerals in the foothills of the Rockies, ran for the cross country team, became an Eagle Scout and was voted “Most Likely to Succeed” in Roxbury High in New Jersey. He graduated from Auburn University in Chemical Engineering and relocated to Palos Verdes, California. Jim retired from a career as a chemical engineer which took him and Judith to various corners of the United States.

His life was driven by a deeply held sense of loyalty to those he loved, an immense curiosity about the world around him, and kindness and warmth toward everyone he ever met, foreign or domestic. He was one of the good guys.

His Fairfield neighbors knew him as the one who would help with anything if asked. The best Halloween display was always at Jim and Judith’s.  They reveled in nurturing the love of science and avid curiosity in their young neighbor, Sarah Lagan McGinnis, by finding and identifying bugs, growing crystals, and swinging for the highest limb without fear, just for starters.

An avid pickleball player, Jim helped develop and grow the pickleball community of Ponte Vedra Beach. He encouraged others to put their wine glasses down and pick up a pickleball paddle making many heartfelt friends in the process. He generously gave of his time and energy to maintain courts, encourage congeniality of spirit during play, and coach aspiring players. He will be missed by his pickleball friends.

A compassionate soul, he cared for his ill wife for many years, consulted with his sister on every house project she ever initiated, and took no greater joy than working at gem and mineral shows with his dear friend Leonard Himes.  He finally made it down the Colorado River through the Grand Canyon and was heading to Morocco just prior to his death.  At 73, during the forced evacuation of Hurricane Irma, he participated in his first ‘couchsurfing’ experience and made a new friend who cooked him a Saudi Arabian dinner.

He could build anything and was working on a new birdfeeder for his “little" sister at the time of his death.

Deep affection for his own furry footed felines led him to volunteer locally for Katz 4 Keeps.

He loved the spacious West; his ashes will be scattered in the ”purple mountain majesties, above the fruited plains”, where Jim is beginning his next big adventure.

If desired, donations to the Museum of Northern Arizona https://musnaz.org would be a fitting tribute to a man who loved and wished to see the magnificence of the West preserved for future generations.