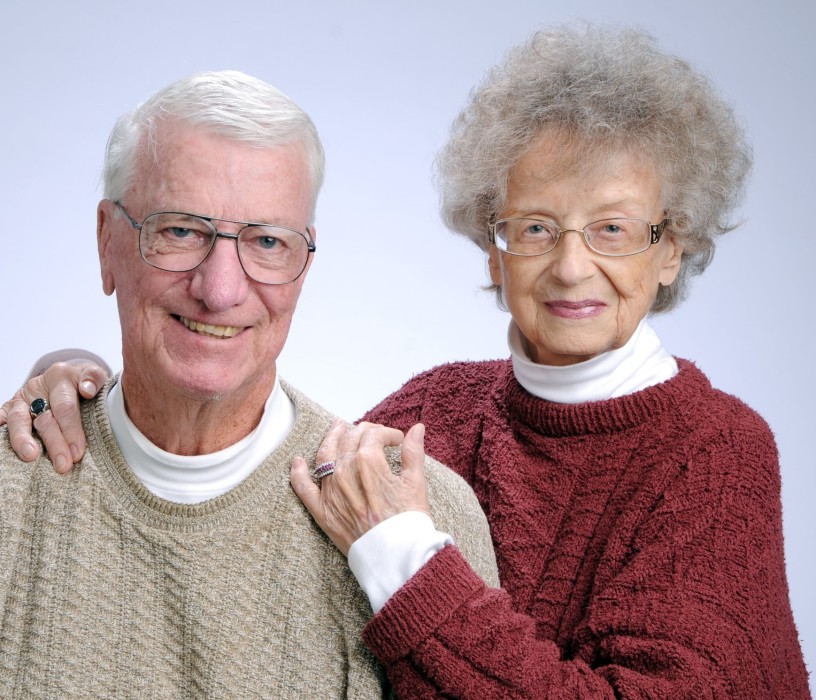 James Edward "Jim" Delaney, 87, passed away on August 30. Born in Grand Rapids, Michigan, he moved to Lansing as a teenager. He met his wife, debutante Mary Anne Langius, at East Lansing High. He was All-City in basketball and tennis, sports he continued to play into his 50's. Jim and Mary Anne began dating while he was at Michigan State University and she was at Michigan. One semester, he sold all his books to travel to see her, staying with friends; this did not have an especially positive effect on his grades. Mary Anne later transferred to Michigan State, where they graduated in 1952. She subsequently taught school and they married in 1955. Jim started a career with General Motors, where he moved up Oldsmobile's executive ranks in various zone offices in Michigan, New York, Kentucky, and Ohio. In 1972 he was transferred to Jacksonville. In 1982, GM wanted to transfer him back north, and he elected early retirement, saying, "In Jacksonville, you can play golf year round!"  He began the marketing firm Delaney and Associates, where he worked (somewhat!) until GM, realizing that it could not do without him, hired him back for another ten years. Active in retirement, he joined a group of friends who had created a woodworking shop in one of their garages. He built a series of beautiful grandfather and wall clocks for each of his nine grandchildren and some close family friends (Sherry Sands and Nat Glover).  He was an avid player and watcher of sports who shot his age in golf at 85. After his son John joined the University of North Florida and numerous grandchildren started attending the school, Jim became an enthusiastic booster of Osprey athletics and all things UNF. He attended nearly all home events for most sports, traveled to away games, and often watched both men's and women's basketball practices. He frequently visited with (and offered his strong opinions to) the Athletic Director, coaches, staff and players. He was a very successful mooch of any clothing featuring UNF logos, which was about all he wore, and the Athletic Department was very gracious in complying. His last days were spent covered by an Ospreys blanket and surrounded by family and friends. The UNF community can know that Jim is cheering them on from the best seat in the house. The most important thing in his life was his family, which is very close. He never missed one of his son's sporting or school events as they grew up, and the entire family always gathered together for holidays, birthdays, graduations, or just because.  He was consistently positive and upbeat no matter the circumstance, had the Irish gift of gab, and possessed a tremendous sense of humor, telling stories, jokes, teasing, and pulling pranks until the very end of his life. He is survived by his beloved wife, Mary Anne; their sons, John (Gena), Gus (Joy), and Joe (Marissa); grandchildren, Bill (Katie), Adrian (Will), Kira, Sam, Meg, Thea, Jimmy, Marivic, and Jonathan; great-grandchildren Jack, Owen, and Sadie; all of whom called him "Papo". A memorial service will be held at 10 a.m., September 8 at St. Paul's Catholic Church, Jacksonville Beach, Fr's Kelly and Houle co-celebrants. In lieu of flowers, please donate to UNF's Jim Delaney Family Athletic Endowment.