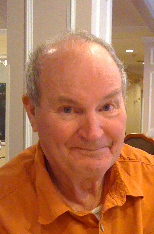 James “Jim” Leland Stroupe, 87, passed away with family by his side on October 18, 2016, at Baptist Medical Center South in Jacksonville, FL. He now joins his beloved wife of 52 years, Margaret “Peggy” Stroupe.

Born in Charlotte, NC, Jim attended Duke University before serving his country during the Korean Conflict. Specializing in aircraft sonar and radar on North American soil, he proudly represented the Navy. After his service, he founded and operated Flamingo Electronics for 50 years in West Palm Beach, FL. Jim loved to travel extensively and made two trips around the world with his wife.

A lover of Porsche automobiles and the North Carolina mountains, Jim was a kind and gracious man who brought joy to all those around him. He will be sorely missed by his family.

A celebration of life is being arranged for family members. The family requests that no flowers be sent and that any remembrances be made to the American Cancer Society in memory of the late Margaret Stroupe.