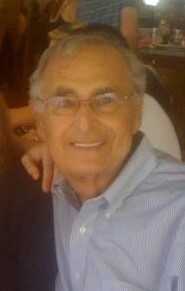 Professor Jay Joseph Diamond died peacefully in Ponte Vedra Beach, FL, on July 25, 2016 at the age of 82.  He was born and raised in Brooklyn, NY, where he met the love of his life, Ellen (Clements) Diamond, whom he married in 1958.  Jay and Ellen moved to Long Island in 1966, where they raised their three children, and finally Ponte Vedra, in 1996.  Jay is survived by his wife, Ellen; his daughters, Sheri (Diamond) Litt (and her husband, Dr. Mark Litt) of Jacksonville, FL, and Caryn (Diamond) Gallop (and her husband, John Gallop), of Chicago, IL; his son, David Diamond (and his wife, Amy Diamond), of Evanston, IL; his six grandchildren, Alex and Michael Litt, Matthew and Amanda Gallop and Abby and Sophia Diamond.

Jay was born on January 25, 1934 to Charles and Helen Diamond. He graduated from New York University with a Masters in Management in 1965.  After moving to Long Island, Jay began working as a Marketing Professor at Nassau Community College. He was also a prolific author of many business textbooks that were used in many colleges and universities in the United States and abroad.

A funeral is scheduled for 1:00pm, on Thursday, July 27, at Ponte Vedra Valley, with a reception to follow. Rabbi Rick Shapiro will officiate the service. All are welcome to attend and celebrate Jay's life.  It was the family’s wish that any memorial contributions be sent to Juvenile Diabetes Foundation (JDRF), North Florida Chapter, or the National Kidney Foundation, 30 East 33rd Street, New York, New York, 10016.