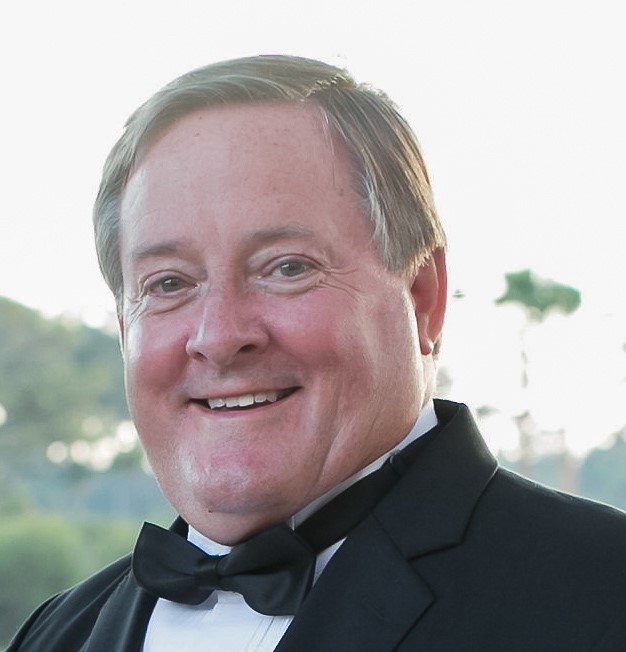 Jeffrey Francis Hart, 68, of Ponte Vedra Beach, Florida, passed away on Thursday, April 18, 2019. Jeff Hart spent most of his career as the General Store Manager for such retail merchandisers as Saks Fifth Avenue, Parisian and Belk. Jeff received several recognitions throughout his business career, including being on the management team that won store of the year from Saks Fifth Avenue in Troy, Michigan.  He was the Store Manager who won store of the year from Parisian for all the Parisian stores in the country.  Jeff retired in 2011.  Besides his business career, Jeff was very active in the Lions Club and later, the Rotary Club.  For the past 15 years, Jeff has been active in the Rotary Club of Ponte Vedra Beach Sunset and was a past president of that club. He was a Paul Harris Fellow and was awarded in 2018, the Brent Williams Spirit of Rotary Award for District 6970. This is one of the district’s highest honors.  For several years Jeff served as the District Chair of the Rotary Youth Exchange Program, District 6970. Each year he was the District Chair, Jeff was awarded the Presidents Award by the Rotary Youth Exchange conference in recognition of his outstanding service to the Youth Exchange Program. Jeff was a kind and generous man who contributed much to the community. He will be deeply missed.

Jeff grew up in Oakmont, Pennsylvania, where he was an Eagle Scout and member of the Order of the Arrow. Jeff graduated from West Virginia University where he was a member of ROTC and Pi Kappa Alpha Fraternity. Go Mountaineers! Jeff was commissioned a Second Lieutenant in Army Reserves as a tank commander.

Jeff is survived by his beloved wife of 37 years, Janeene Hart; and his sons, Jeffrey J. Hart of Los Angeles, CA, and Jason B. Hart (Hannah) of Jacksonville, FL. Jeff is the son of the late Philip B. Hart and Evelyn K. Hart of Oakmont, PA, and is also survived by his siblings, P. Brennan Hart Esq. (Maureen) of Fox Chapel, PA; John “Jack” K. Hart, Esq. of Los Angeles, CA; James “Jay” B. Hart (Nan) of Rutland, VT; Leslie A. Hart of Brentwood, TN; and Joanna “Jodie” H. Spelman (John) of Franklin, TN.

Burial will be private.

In lieu of flowers, the family suggests donations in memory of Jeff to Rotary International, https://my.rotary.org/en/donate.