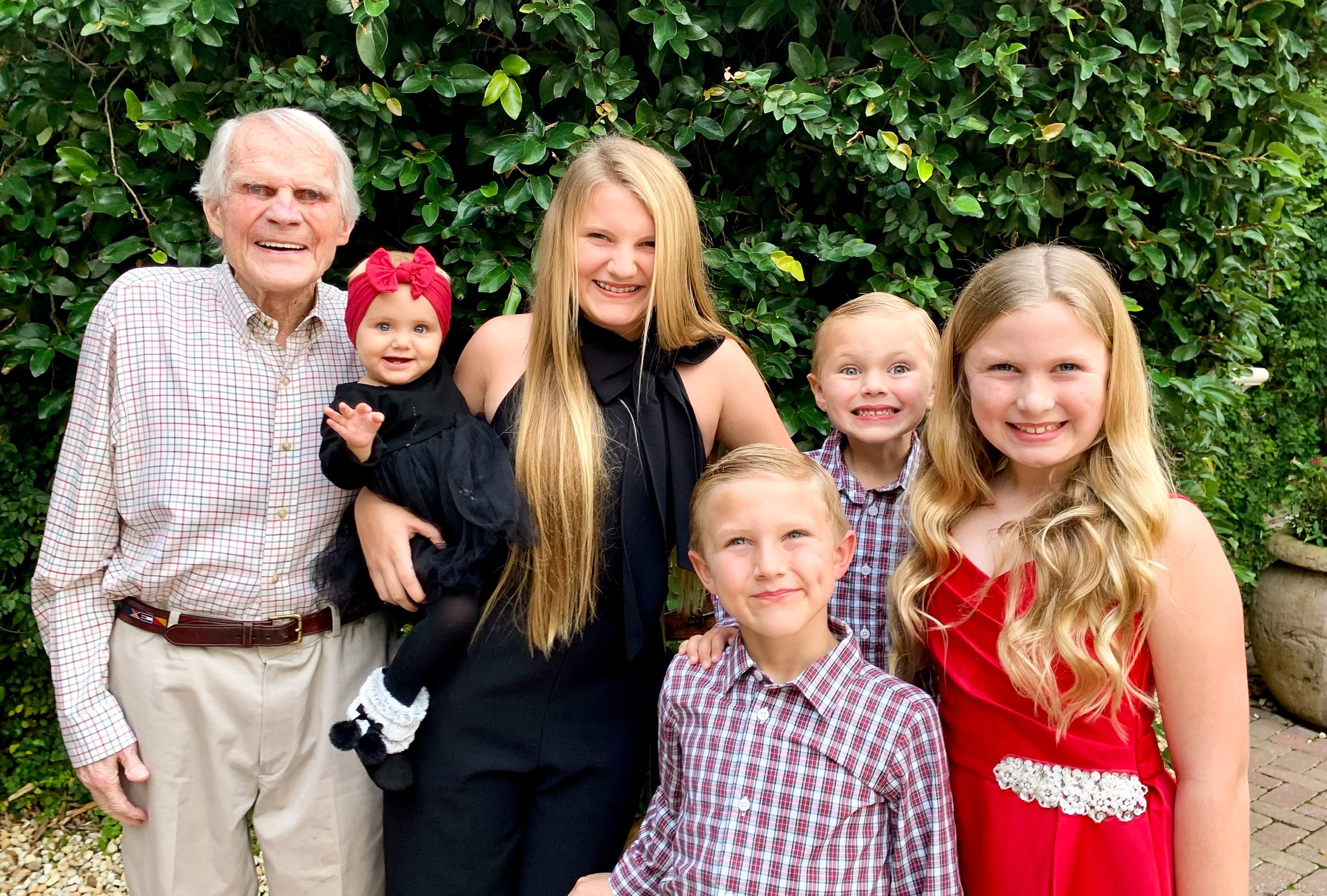 Jerome Sloan Fletcher, 92, of Ponte Vedra Beach, FL, died peacefully in his home surrounded by the love of his children, grandchildren, and close family members. Jerome was born in Orlando, Florida to Mildred and John Zabud Fletcher. He was raised with his brother John in Riverdale, NY and spent summers in Jacksonville, FL. His education included Riverdale Country School, Staunton Military Academy then Yale University graduating in the class of 1951. After graduating from Yale, he was an officer in the United States Army in psychological warfare.

Jerome was a creative and driven business leader with industry-leading experience in the insurance, construction, and real estate development sectors. In the early 1960s, Continental Consolidated Construction Company, for which Jerome provided surety bonding, encountered financial difficulty and asked Jerome to step in to right the ship. Under his leadership, the company subsequently built Launch Complex 39A at Cape Kennedy to accommodate the Apollo and later Saturn missions, and the Cheyenne Mountain Complex in Colorado Springs, better known today by the acronym of its only occupant, the North American Aerospace Defense Command (NORAD).

Jerome and his brother, Paul, are known for their iconic investment of over 50 years in high-end real estate projects in the greater First Coast area and beyond. In 1972, the Fletcher brothers purchased 5,200 acres south of the St. Johns County line. Over the next several years, Fletcher Land Corporation created the first “Development of Regional Impact” in North Florida and broke ground on a 1,100-acre development, now known as The Players Club section of Sawgrass. The vision the Fletcher’s had for this property culminated in 1979 by selling 400+ acres to the PGA tour for $1, which is now the home of the PGA Tour. The Fletchers developed and managed many well-known projects including, but not limited to Marsh Landing, Baymeadows, and Palencia and prestigious beach clubs such as The Lodge and Club and Serenata Beach Club.

Throughout his life, Jerome also devoted his time, talent, and treasure to numerous charitable and cultural institutions. He was a member of Christ Episcopal Church in Ponte Vedra Beach, FL for many years. He co-founded the Ponte Vedra Public Education Foundation for the Arts, chaired the board of the Museum of Science and History, and took the helm of the board of Jacksonville Country Day School at the end of the 1970s. He left a lasting impact on these institutions and on the constituencies they serve.

Jerome is preceded in death by his mother, Mildred Baker Fletcher and his father, John Zabud Fletcher, and brothers John Newton Fletcher and Charles Fletcher.

In lieu of flowers, the family suggests contributions be made to one

of the following charities:

● The Peace of Heart Foundation

Service will be held at 11 am on Tuesday, June 8th, 2021 at Christ Episcopal Church, 400 San Juan Drive, Ponte Vedra Beach, FL with a reception immediately following in the Parish Hall.