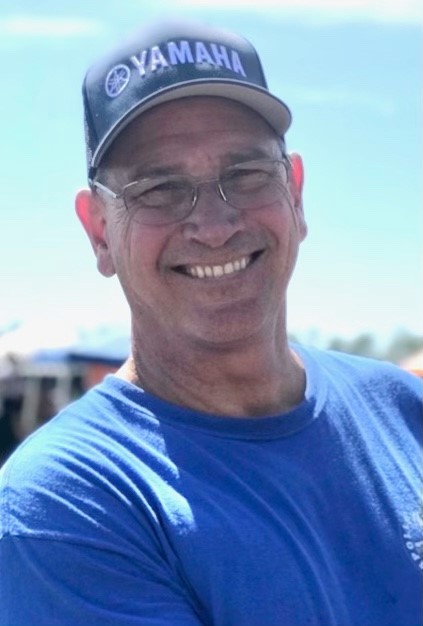 Jim Tyson, 61, breathed his last breath on earth and his first breath in heaven on August 14, 2021. While he is no longer with us, Jim’s love for his family, thirst for a life well-lived, his unique and infectious humor, and his uncanny understanding of anything mechanical will thrive in those left behind.

The eldest born to Dr. James and Eileen Tyson, Jim was loved dearly by his parents. He had two sisters, Beverly and Suzanne (Norman) and nieces and nephews. He played the role of big brother well and his younger sisters looked up to him. When he was around 12 years old his parents saw that he was gifted mechanically, as his dad remembers upon arriving home, finding Jim with his new mini bike taken apart and laid out all over the garage floor. Jim said he’d have it all back together in time for supper, and he did!

Jim met Cherise when they were teenagers. They were married on February 7, 1981 and celebrated their 40th anniversary this year. They took many exciting trips together, the most memorable being their trip to Las Vegas where they took a 10 person plane to a ranch, shot skeet, and rode 4 wheelers out to the Grand Canyon. They were blessed with 3 amazing children, Jimmy (Lacey), Natalie (Jordan) and Jeffrey (Morgan). The absolute joy of their lives was their 10 grandchildren. He was their Papa and he spent so much time with them just having fun riding side by sides, racing at the dirt bike track, pulling them around in a tube on the jet ski, and so much more.

Jim’s 41-year career with Otis Elevator Company saw him progress from the role of Mechanics helper to the role of Regional Field Operations Manager. Jim’s impeccable work ethic and attention to detail was a testament to the man and was the only way Jim knew how to work.

He had a love of motorcycles, and really anything with a motor that went fast. To celebrate turning 50, he took a motorcycle trip with friends around the USA. They rode 8500 miles, and it took 30 days. In 2009, he accomplished the Saddlesore 1000 competition where he had to ride 1000 miles in 24 hours. In 2012 and 2014 he won 2 championships racing his dirt bike and ATV.

A celebration of life service will be held on Thursday, August 26th at 10:30 AM at Fruit Cove Baptist Church, 501 SR 13 N, Saint Johns, FL 32259. Jim will be missed, but that pain is softened by the knowledge that God’s sovereign plan and timing was fulfilled, and Jim now reaps the reward of his merciful and gracious Savior.