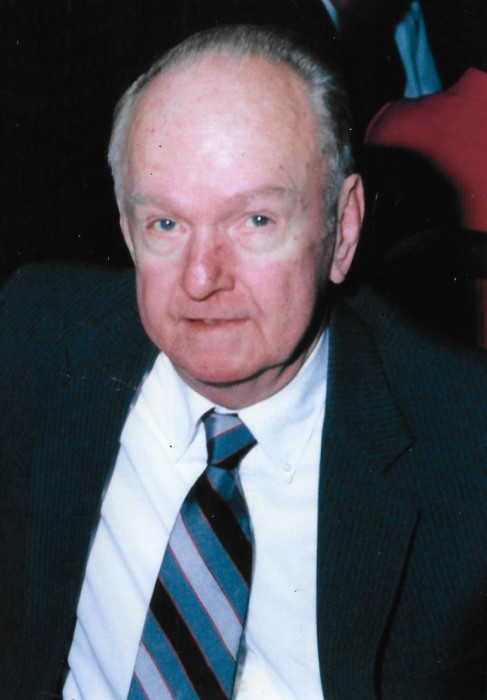 John A. Petty, 85, husband of Mary (Kearns) Petty, of Ponte Vedra Beach, FL, formerly of Peabody, MA, passed away on February 4, 2017, at the McGraw Hospice Center in Jacksonville, FL.  John was born on March 10, 1931, to Stanley and Margaret Petty in Aurora, IL.  John was a graduate of Peddie School in Hightstown, NJ, and later served in the U.S. Army stationed at Fort Bliss, TX. He earned his Bachelor’s Degree in Mechanical Engineering from Brown University and his Master’s Degree from Northeastern University.  John was employed for over thirty years as a Quality Engineer for Textron Systems, formerly Avco, in Wilmington MA.  He enjoyed entertaining all of his friends and family by the pool, at his home, in Peabody, MA.  Besides his wife, with whom he shared 60 years of marriage, he is also survived by his two daughters and son-in-law, Joanne Petty of San Diego, CA, Sandra and Scott Brown of Ponte Vedra Beach, FL, and by his brother Stanley Petty, of Newbury, MA.  The family extends their sincere gratitude to the staff of Arbor Terrace Ponte Vedra Beach for their compassionate care.  A private Memorial Service will be held at a later date in Peabody, MA.  In lieu of flowers, donations may be made in his memory to the Arbor Terrace Employee Fund, 5125 Palm Valley Rd., Ponte Vedra Beach, FL 32082.