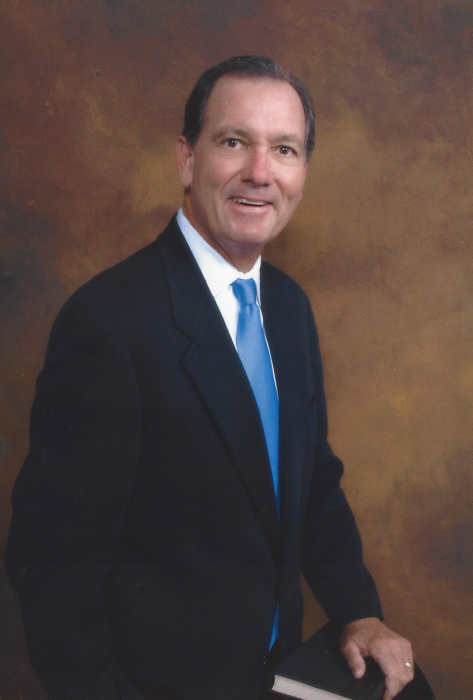 John D. McMahan died peacefully on June 2, 2019.   After a long and courageous battle against pancreatic cancer, John died with his family that he so adored by his side.

Growing up in Houston, TX and Memphis, TN, John was Valedictorian of his high school class of 1969 at Bishop Byrne Catholic High School. He graduated from Vanderbilt University in 1973 (B.A. Economics) continuing on to The University of Tennessee where he graduated Law School in 1975 (Juris Doctor).  In 1976 he was admitted into the Tennessee Bar Association. Shortly after, John moved to Chattanooga, TN where he practiced law for 35 years.  John was the Founding Managing Partner of McMahan Law Firm (1995) and better known around the community as “The Insider”.  He was on the National Board of Trial Advocacy and served as a Diplomate on the American Board of Professional Liability Attorneys.  John also received and AV Preeminent rating by Martindale-Hubbell, recognized as being one of the highest honors that an attorney can receive. John’s lists of accomplishments were impressive and extensive both professionally and personally.  He was a vibrant part of his community and was a proud contributor to many local organizations and charities.  He truly was “FOR THE PEOPLE”!

His perseverance with battling cancer paralleled in perseverance in his life and work.  John loved spending time with his family and friends.  He had a great love of sports and was an avid golfer spending any free time that he could playing and watching the game he so loved.

To his family, “Love one another and always be kind”.  To his golfing buddies, “Thank you for the great memories and amazing friendships on and off of the course.   “All of you made my life worth the fight!  Celebrate my life.  Remember the good times” -  John McMahan

The family will be hosting a private memorial service and a Celebration of Life Gathering to be announced at a later date.

In lieu of flowers, please consider making a donation to the Community Hospice of Jacksonville, National Pan/Can Association, or The HEAL Foundation of PVB (Helping Enrich Autistic Lives).