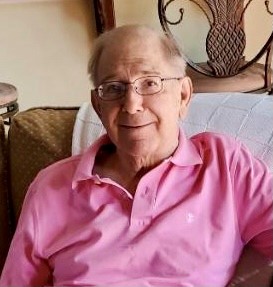 John was born on September 26, 1946 in Brooklyn, NY to John and Jean (Cortolillo) Linfante. He cherished many childhood memories on Ocean Court - chasing the vegetable cart, spending time with his first cousins, and cashing in stamps from his father’s and uncle’s cigarette cartons for a ticket to a Brooklyn Dodgers game. His family subsequently moved to Lyndhurst, NJ, where he spent his young adult years.

At a young age, John faced many adversities but used them as tools to strengthen his character and determination to succeed. John was a proud alumnus of Seton Hall Preparatory School (‘63) and Rutgers University where he acquired a BS (‘67) and MBA (‘69).

In his professional life, John served as an executive with over thirty years’ experience in the areas of financial management and administration. In a corporate setting, he has acted as the senior executive responsible for such functions as finance, human resources, real estate, security and administration within a variety of industries including banking (Barnett Bank), securities (Shearson Lehman Brothers, Salomon Brothers), commercial real estate development (Business Condos USA), consulting (Earnings Performance Group) and employee benefits (Citistreet).

In his spare time, John spent many weekends with his family at Glen Ridge Country Club where he enjoyed golf, tennis and adult swim. In 1994, John and his wife, Allison, moved from their long-term home in Rutherford, NJ, to Ponte Vedra Beach, FL, where they created a beautiful life. John enjoyed reading, crossword puzzles, playing golf and tennis with friends at Ponte Vedra Inn & Club, attending UNF basketball games, indulging in a good, Italian meal, singing and dancing to the music of Motown, Frank Sinatra, and the Beach Boys. He was a caring, loyal and dedicated husband and father, a proud “Pops,” and a good friend to many. His wry sense of humor will be remembered fondly by his family and friends.

He is survived by his wife of 50 years, Allison (Walden); his brother, James Linfante, to whom he served as a devoted caregiver; his three daughters and their spouses, Lauren and Brian DeAlexandris of Jacksonville, FL, Allison & Bryan Christian of Tewksbury, NJ, and Kimberly and Eric Blair of Fernandina Beach, FL; and seven grandchildren, Wyatt, John Jackson, Cooper, Colby, Benton, Katherine, and Madison.

Condolences may be sent to 999 Crosswater Parkway, Suite 243, Ponte Vedra, FL 32081. In lieu of flowers, the family suggests a donation in John’s honor to the American Diabetes Association or to Seton Hall Preparatory School (West Orange, NJ). The family plans to have a Celebration of Life at a later date.