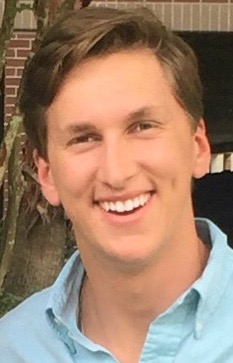 John Michael Vergo, 22, passed away unexpectedly on Friday, May 4, 2018 in Tallahassee, Florida. He was born March 20, 1996, in Jacksonville, Florida to Michael and Cheryl Vergo, living in Ponte Vedra Beach. He attended the Florida State University as a Computer Criminology major.  John was a voracious reader and particularly loved science fiction and historical novels. As a youth John was often coached by his dad playing baseball, basketball, and soccer, with his favorite sport being football. As he grew John developed a passion for Florida State football and also enjoyed following the Jaguars, but his happiest times were those spent with his family.  Yearly vacations included ski/snowboarding trips, whitewater rafting and hiking in the North Carolina waterfalls, and exploring many national parks. Unfortunately, during his late high school and college years John developed and was treated for clinical depression and anxiety, ultimately succumbing to its grip at the end of his Senior year of college. John was survived by his parents, Mike and Cheryl Vergo; two sisters, Christina and Emily; grandparents, Trudy Vergo and Edward Austin; 15 aunts and uncles; and 24 first cousins. He was preceded in death by his grandparents, Joseph Vergo and Betty Austin, and his cousin, Nicholas Vergo.  A Visitation will be held Thursday, May 10, from Noon to 1 pm, at Our Lady Star of the Sea Catholic Church, immediately followed by a Funeral Mass beginning at 1 pm.  In lieu of flowers, the family kindly requests donations be made to The National Multiple Sclerosis Society or The Brain & Behavior Research Foundation.