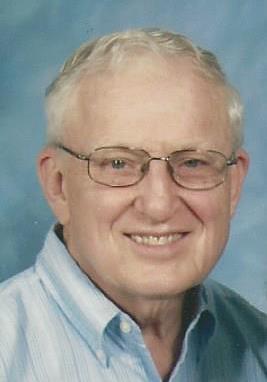 Jon Edward Trumbla, 80, of Ponte Vedra Beach, Florida, passed away on June 14, 2016.  He was born on February 25, 1936 in Perry, Oklahoma, and grew up in Stillwater, Oklahoma.  He attended Oklahoma State University where he met his wife, Betty Frances Ludeman.  They lived in Tulsa, Oklahoma, and then Houston, Texas, before moving to Ponte Vedra Beach to live near their only child, Natalie Kunkel, and her family.

Jon never dwelled upon problems or disabilities, even though he was inflicted with polio at the age of 13, causing paralysis of his legs.  For years, he walked with braces and crutches and never wanted special help or attention paid to him because of his disability. While polio may have taken his ability to play sports, Jon kept active in sports as a journalist and announcer in college.  Jon also continued to be active in leadership roles, including president of his high school class and president of his college fraternity.

Jon graduated with an accounting degree from Oklahoma State, and then began work at Carter Oil Company in Tulsa.  When Carter Oil was acquired by Exxon in 1966, he was transferred to Houston.  Jon enjoyed working in various financial positions at Exxon for 34 years until his retirement in 1992.   He was known to everyone as a dependable, hard-worker and always had a great sense of humor.

After retirement, Jon enjoyed moving to Florida to spend time with his daughter, son-in-law and granddaughters.  In 2008, he reluctantly transferred to a motorized wheelchair, which still allowed him the mobility independence that he desired in his life.  After his wife Betty passed away in 2014, he needed more assistance and moved to Arbor Terrace Ponte Vedra where he received wonderful care and attention until his passing.

Jon is survived by his daughter Natalie Kunkel (John) of Ponte Vedra Beach; granddaughters, Melissa Kunkel of Austin, Texas, and Michelle Peake (Andrew) of Nashville, Tennessee.  He is also survived by his sisters Mary Jo Parker of Perry, Oklahoma and Barbara Overholt (Darrel) of Stillwater, Oklahoma.  His church home was Ponte Vedra Presbyterian Church.  In celebration of his life, there will be a small gathering on Tuesday, July 5, 2016 at 10 am at Ponte Vedra Valley.