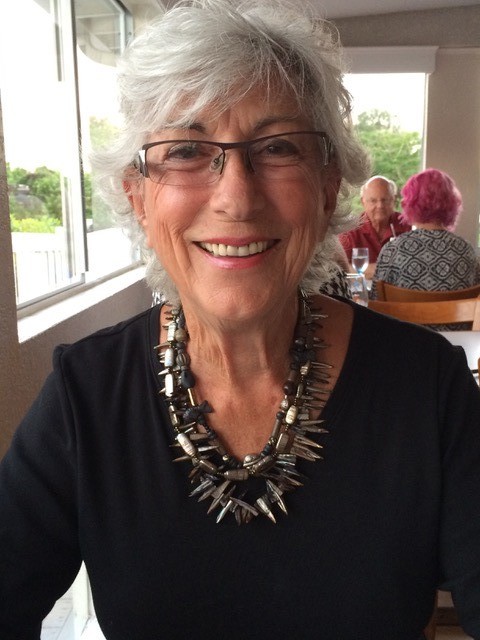 Karlene (Kay) Valero Vontz, 88, of Tampa, FL, passed away peacefully on September 26, 2019, in Jacksonville, FL.  She leaves behind her children, Charles Gregory (San Francisco, CA), Maureen (Brockenhurst, England), Kenneth Randall (Jacksonville, FL) and Karl Douglas (Los Angeles, FL).  The daughter of Joaquin Valero and Werdna Clare Allen, Kay grew up in Tampa where she graduated from Hillsborough High School.  She majored in commercial art at the University of Florida and worked as a commercial artist while living in Germany.  Upon returning to the US, Kay moved to Jacksonville with her family where she continued painting and studied and taught German at Jacksonville University.

Kay painted abstracts and cityscapes in oil, gouache, and acrylics.  Her works were displayed at local galleries and she donated much of her work to the American Heart Association, where she was a fund raiser and active supporter.  She was a member of the tennis team at San Jose Country Club, a classical pianist, and a dedicated mother who was actively involved at Jacksonville Episcopal High School.  Kay began her professional career as a realtor for Kent Schmidt ERA.  After earning her Series 7 license, she became a stock broker for Dean Witter Reynolds in Jacksonville.  She then relocated to Austin, TX, where she worked in the high-tech industry, for VTel.  In Austin, alongside her professional work, she began designing and making jewelry and became a ToastMaster.

She retired to Sarasota in 1999, and returned to her passion for art.  Her unique jewelry designs were sold at Island Gallery West, the Studio at Gulf and Pine, and the Rhea Chiles Gallery on Ana Maria Island.  She also was President of the Sarasota Welcome Club, a duplicate bridge player who helped found the Jack’s and Ace’s Bridge Club and she set up a Red Hat’s Club.  She became a qualified Master Gardener and remained committed to helping others, working with the Prader Wili Foundation, and the Sarasota Children’s Cancer Charity.

A Celebration of Life will be held Saturday, October 19, 2019, 3 pm at Ponte Vedra Valley.