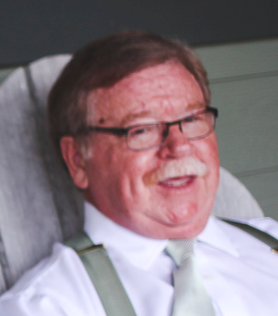 Kent Thomas Clifford, 73, of Jacksonville, FL passed away Friday November 20, 2020, in his sleep, at his home in Jacksonville, FL.  He was born in Charleroi, PA, the son of the late Kenneth and Alice Clifford.

He was preceded in death by his brother, Kenneth. He is survived by his wife, Kathleen; daughter, Katie and her husband, Josh Davis; his prized grandson, Raylan James.

Kent graduated from Wilkinsburg High School in Pittsburgh, served in the US NAVY aboard the USS Little Rock, and later graduated from The Penn State University where he received his bachelor’s degree in Business.

Kent retired after 20 plus years from Pitney Bowes, where he was a decorated salesman and asset to the company. After retirement, he could not sit still, and was currently employed by Windy Harbor Golf Club, Mayport, FL.

Kent’s giving heart, and volunteer service were unmatched. He volunteered at The Player’s Championship for over 20 years. He was a member of the Auxiliary of Baptist Beaches Medical Center since 2011, giving 2,112 hours of dedicated service. He continued his selfless volunteering at Mission House, providing meals for those in need. He was a dedicated blood donor giving over 18 Gallons at One Blood Alliance, likely more in total during his lifetime.

Kent was an avid golfer, taking any tee time he was offered. He served as a Lay Assistant at St. Andrew’s Lutheran Church By-The-Sea in Jacksonville Beach, FL. He was a super fan of Penn State and Steeler Football. He will be greatly missed by his Wife, Daughter, Grandson, family, friends and co-workers.