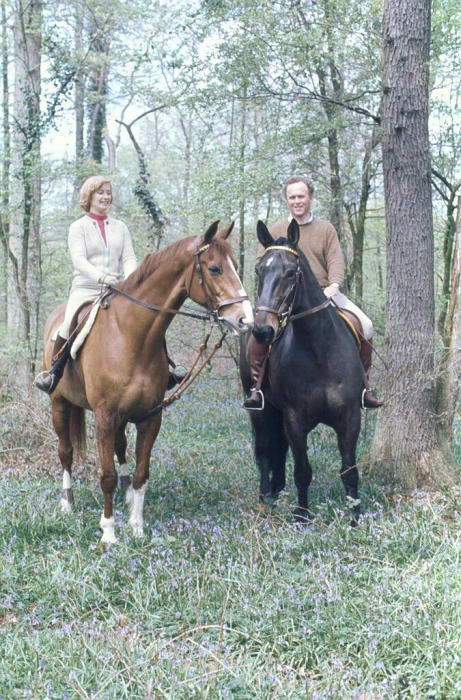 Malcolm W. Robinson, Jr., died April 16, 2018, at his residence at Westminster in the World Golf Village, after a few days of hospice care. He lived a vibrant personal and business life, raising a family with his wife of 55 years, Betsy. He was attended in his last conscious days by his sons, and his only brother, John, and sister in law, Lynn, all whom had the chance to remind him they love him.

Malcolm was born in Stamford, CT, on June 13, 1935. He spent his childhood as a student, sailor, hockey player, lacrosse player, and a boxer in Darien, CT. He graduated Darien High School and went on to Dartmouth College as a Naval ROTC candidate where he played lacrosse, sang in the Glee Club, and was a member of the DOC . He immediately thereafter received his MBA from Amos Tuck School of Business in 1957.

Malcolm met his wife, Mary Elizabeth Quayle while visiting Smith College. They were married in August 1959.   Together they moved 7 times during his 30+ year career with IBM, from Connecticut to Pennsylvania, to Ponte Vedra, back to Connecticut, to Paris France, back to Connecticut. During that time, they sailed most seas of the world, rode horses, skied throughout the US and Europe, went to interesting places by interesting means with their friends. For many years after their 6 year stint living next door to Maurice Chevalier, they had a ritual of celebrating Bastille Day back in the US with their ex pat buddies by dressing up in French Gendarme hats and drinking French wine.

Malcolm was a great father to his sons, Malcolm, Scott, and James. He took them skiing very early in Valley Forge Park, lighted and ventured onto the ice to plow the Wilton house pond for continuous neighborhood night hockey, was a Scout Father, built boat models, pine derby cars, and cheered baseball, football, and hockey matches and participated in parent’s college weekend drinking games.  He was also the somewhat reluctant observer over a large menagerie of animals that Betsy  brought home – from cats, dogs to hamsters, snapping turtles, guinea pig, foxes, a couple of squirrel monkeys and a pig; and, of course, horses;  with fun names like Kitsmueller, Dirtball, Gege, Monkey, Face, Bucky, Once, Hugh, Ubiaco, Flip, Danny Meadow Mouse, B.Wang , Pencil Geek, Pie, Otis, Bezee, Pete and Mildred….

Malcolm rose to senior executive positions at IBM over his 25 plus years there. He was SE Branch Manager based in Jacksonville, FL, Assistant to SVP and future CEO Frank T Carey in Armonk, NY, before moving to Paris, France, as Director Product Line - Europe, Middle East/Africa , then back to NYC as  Industry Director. He subsequently left IBM to be CEO at LOGISYS a new joint venture logistics company funded by CSX and American Airlines.

Upon his retirement, Malcolm and Betsy moved back to Ponte Vedra, FL, to be with the great friends they met there in the 1960s and all their northern friends that, too, were charmed by the people and place.