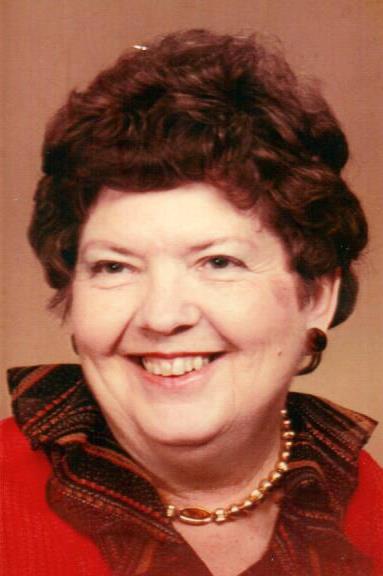 Marianne Frances Wehle passed away to be with our Lord Jesus, her beloved husband, Frank M. Wehle and only brother, James P. Hale.  She was born July 23, 1922, in Oxford, MS, and lived a rich and full life as God intended.  Marianne is survived by her son, Michael J. Wehle MD and his wife, Karen; daughter, Louanne King; grandchildren, Brian and his wife, Ashlae Wehle, Daron Wehle, Jason and Jennifer King; step grandchildren, Lauren and David Shute, Kaylee Davis and Tyler Davis.  Marianne’s life was enriched by her four grandchildren and three step grandchildren.  She was preceded in death by her son-in-law, James King.

Marianne’s father was an engineer for the Illinois Central Railroad where his career took her family to Clinton, IL, where she completed high school with honors.   Marianne was awarded a scholarship to Normal College in Illinois, but was only able to attend one year due to her father’s untimely death.  She became the breadwinner for the family and sought employment from the same railroad as her father in Chicago, IL.  Marianne was a bookkeeper for the railroad for over 25 years.   Her husband, Frank, was transferred to Louisville Kentucky where she was employed for several years before retiring from Dunn Elementary School.  She did bookkeeping and helped in the art department at her beloved elementary school.  Ponte Vedra Beach became Marianne and Frank’s home after retirement in the early 90’s.  She loved arts and crafts and being with family and friends.   Frank and Marianne were active for many years in the Jacksonville Beach Lions Club and made many lifelong friends.   Her friendliness and warmth were unmatched.  She worried more about others than herself and no generation gap ever existed for her.   Marianne touched the lives of so many and was loved by all.

A celebration of her life will be held at Ponte Vedra Valley on April 25.  Visitation 10-11 am, Service 11-12 pm with a reception to follow.  In lieu of flowers, donations can be made to Mayo Clinic.