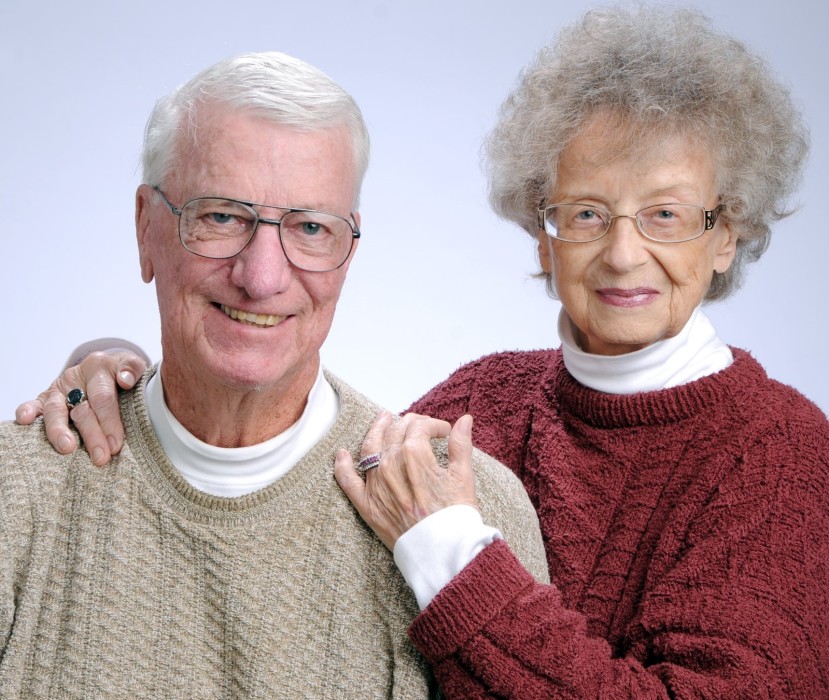 Mary Anne Langius Delaney was born in Lansing, Michigan. Her father, Adrian “Gus” Langius, was the state architect of Michigan and head of the Building Division from 1939-1971, and a Fellow of the AIA. He oversaw the construction of the state’s public buildings and also built a number of iconic private buildings in the Prairie School style. Her mother Dorothy was a teacher but quit to raise Mary Anne and her brother Tom. Mary Anne was a debutante in high school and met her future husband Jim as a sophomore.  Mary Anne attended the University of Michigan, her father’s alma mater, while Jim went to Michigan State. They began dating in college; one semester Jim sold his all his text books for money to come see her. She later transferred to Michigan State, where both graduated. Jim started working his way up the executive latter with General Motors, and she became a school teacher. They married in 1955 and had three boys, John, Gus, and Joe. Jim’s job took the family to various cities; after ten years in Cincinnati, they moved to Jacksonville in 1972.  Mary Anne left teaching to raise her sons, but she never abandoned her love of learning, and in the 1980s earned a second degree in art history from Jacksonville University. She was much influenced by a young professor, Dr. Deb Murphy, who later became the longtime chair of the Department of Art at UNF. She was also a master knitter who could knit a sweater simply from a picture, and also enjoyed needlepoint and cross stitch. For ten years, she worked part time at a craft shop, A Stitch in Time, where she taught her skills to hundreds of people and won several competitions with her work. In her later years, she became a frequent flier at UNF’s Lifelong Learning Program (OLLI), taking classes in a wide variety of subjects.  A voracious reader, Mary Anne read thousands of books over her life. Her home was a veritable library, with fully stocked bookshelves in nearly every room. Family often sought her advice for book recommendations, knowing she could pull a book off of her shelves to satisfy an intellectual itch about any topic, fiction or nonfiction. In addition to books, the house was full of art, Mary Anne’s needlepoint designs, and classic midcentury modern furniture.  While Jim was a reader of mysteries and an avid player and fan of sports, Mary Anne preferred the opera and BBC, but they were inseparable throughout their 62-year marriage. They both had a terrific sense of humor, and Jim never ceased to find a way to make Mary Anne laugh. They were devoted and loving parents, grandparents, and great-grandparents, and she likewise deeply loved her three daughters-in-law.  Mary Anne spent her final days surrounded by her large and growing family, listening to music, family news and Agatha Christie stories. She was predeceased by her husband Jim, her parents, Gus and Dorothy, and her brother, Tom. She is survived by her sons, John (Gena), Gus (Joy), and Joe (Marisa); grandchildren, Bill (Katie), Adrian (Will), Kira (Art), Sam, Meg (Drake), Thea (Brian), Jimmy, Marivic, and Jonathan; great-grandchildren, Jack, Owen, Sadie, and newborn George Henry.  The family would like to thank her many full-time caregivers in the last two years since Jim died, which allowed her to remain in her home surrounded by the things she loved; especially Sharon, Etu, Tanya, Noel, and Marie, and also dear friend Debbie Godwin.  Mary Anne was also deeply Christian. During the family’s many moves, she would “church shop” for a pastor and congregation that worked for her and her children. She found Lakeview Christian Fellowship two years ago, and it was a significant part of and comfort for her life. In this church, she found her final home, and she expressed deep appreciation to Pastor Roger Taylor and the church members who uplifted her these past two years.  A service will be held at 11:00 Saturday, July 27 at Lakeview Christian Fellowship, Pastor Roger Taylor presiding. In lieu of flowers, gifts can be made to the Jim Delaney Family Athletic Program Endowment at UNF or to the Lakeview Christian Fellowship Church; both are accessible on-line.