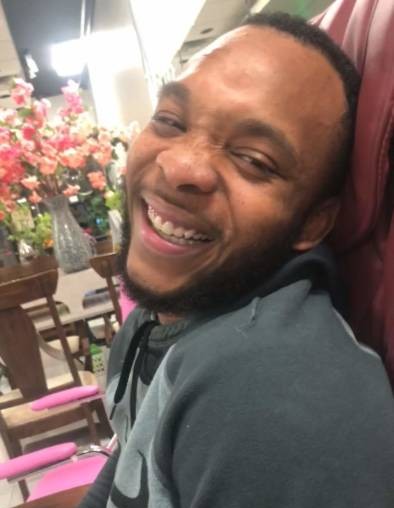 Wayne Matthew Watson II was born on May 6, 1994, in Baltimore, Maryland, and went home suddenly on February 17, 2019.  Matt is survived by his parents, Belinda Kaye and Jeff Ohmer of St. Johns, Florida; his biological father, Wayne Watson of Baltimore, Maryland; a sister, Anika Watson; and a daughter he adored, Aaliyah Marie.  He was also loved by his grandparents, Eula and Willie Woods, Bessie Shatten, and Carol Ohmer, along with many uncles, aunts, cousins, and friends.

Matt and his Uncle Cliff shared a love for preparing food.  He would always come to his parent’s house and find creative ways to make good things to eat.  He loved it so much that many of his jobs revolved around preparing food for others, most recently at Sunrise to Sunset and Charlie’s in Green Cove Springs.  Matt was able to let his creative side show, especially when he was at the grill.

Matt was also a fierce competitor, like his mother.  He loved to be outside and was active in sports.   One of his favorite places to be was at the beach.  He was also an accomplished wrestler and wrestled from elementary school through high school and was Creekside High School’s first District Champion and State Qualifier.  Matt also enjoyed playing basketball whenever and wherever he could.  He enjoyed being one of the shorter people on the court and he always held his own. Finally, he was sure to make the trip across town twice a week to play volleyball with his mother.  He enjoyed spending the extra time with his mother as much as he enjoyed the competition.  If there was an activity, Matt would find a way to do it and do it well.

Matt left this world too soon but left an impression on all of us.  He was kind, caring, and always wanted people to smile.  As we remember him, we want to remember his smile, his attitude, his respect for those around him, and the love he shared for others.