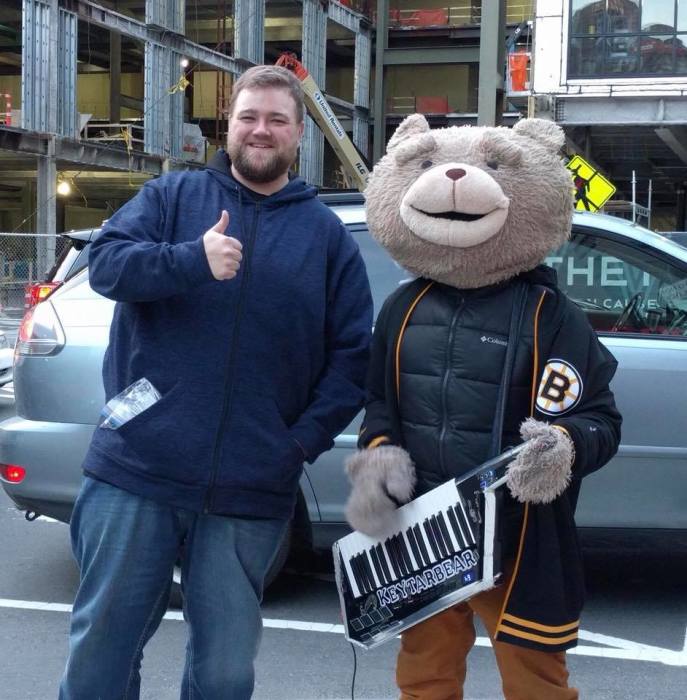 Michael James Treston, 34, died suddenly May 2, 2018. He is survived by his father and step-mother, James and Jan Treston of Waynesville, North Carolina; his mother, Gwen Templeton of Saint Johns, Florida; his adopted mother, Mary Ann Bongiorno of Saint Johns, Florida; his sister, Kylie Boucha, brother-in law, Tom Boucha; nieces, Dehlaney and Ellie Boucha and his nephew, Brody Boucha of Loveland, Colorado; five aunts, two uncles, and many cousins. He was preceded in death by his sister, Lindsay McCall Treston, in 2007.

Michael was born on April 16, 1984, in Flint, Michigan. He graduated from Cactus Shadows High School in Scottsdale Arizona in 2002 and attended Paradise Valley Community College.

He began his career in Technology at the age of 4 when he and his mother spent many afternoons perfecting Nintendo Games such as “Mario and Luigi” and “Frogger”.  He spent the last 16 years perfecting his passion in the technology field.  For the past 7 years, Michael was an associate with ADP based in Jacksonville and most recently on the Technical Services team for the Time Center of Excellence.  He has been recognized by leaders and his peers as a respected team member, patient mentor and friend to those who knew him.

Michael was an avid golfer, a sport he enjoyed with his father, a guitar enthusiast and lover of music. His favorite pastime was playing video games, which allowed him to connect with and make friends all over the world.

He will be remembered for his ability to quote almost any line from any movie in a very humorous way. Michael was also well known for his love of cooking and grilling, especially large batches of homemade beef jerky that he enjoyed sharing with friends and family or anyone willing to take a chance and share a good laugh!

Services will be held Friday, May 11, 2018. Starting at 4 PM friends and family will gather at Ponte Vedra Valley Funeral Home at 4750 Palm Valley Rd., Ponte Vedra Beach, FL, 32082. The service will start at 5:00 PM with a reception following.

Charitable Contributions in his honor can be made to S.A.F.E. Pet Rescue: