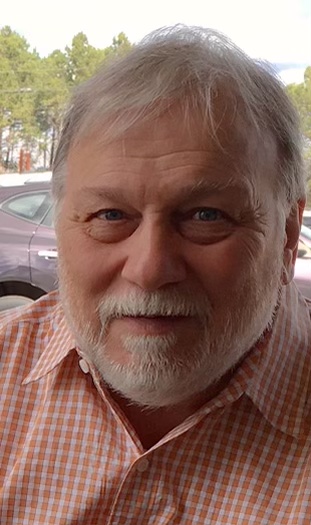 Michael R. Vitti, beloved husband, father and grandfather, passed away on October 20, 2021, in Ponte Vedra Beach, Florida, from complications related to pulmonary fibrosis at the age of 72. Born on March 6, 1949, in Norwalk, Connecticut, to Anne and Ralph Vitti, Michael was a proud resident of Stamford and its vibrant Italian community. A member of the Babe Ruth League  team that headed to California to compete in the World Series in 1964, Michael loved all things baseball, rooting for many teams over the course of his life, but always just looking to enjoy a good game.

Michael graduated from Rippowam High School in 1967 and Sacred Heart University in 1980, becoming one of the first in his family to hold a college degree. He later earned a Master’s Degree from Lawrence Technological University in Southfield, Michigan in 2001.

Michael worked for Clairol, Inc. in Stamford for over 17 years, even playing right field for their company softball team. He would always say playing decent ball was how he got the job in the first place. He would later move from Connecticut to Georgia and then to Michigan where he worked for United Technologies Corporation. He retired from Chrysler Corporation in 2015 and moved down to the beach in North Carolina before finally relocating to Ponte Vedra Beach to be closer to his sons and their families.

Michael would say his greatest achievement in life was his 52 year long marriage to his loving wife, Doreen. He met her in elementary school, convinced her to date him in middle school, asked her to marry him at nineteen, and spent the next half a century proving to her that he was a wonderful partner in love.

Michael adored being a father and grandfather above all else. He coached and led the Norwalk Junior Soccer Association when his boys decided to play soccer instead of baseball. He applauded all of their many achievements off the field as well. He attended countless plays, recitals, and field hockey games for his daughter. He was an active dad in a time when being an active dad wasn’t the norm. He was proud of all of their accomplishments as adults and welcomed their spouses into the family in the same generous and enthusiastic way.

Michael fully came into his own when his grandchildren arrived on the scene. He was a willing partner in all of their antics, loved Legos and watching Disney movies and Star Wars, helped finish their snacks and was always game for a trip to the zoo or the amusement park. He wanted to listen to every story and hear all about their escapades in school and at home. He bought them far too many toys and was a fun, joyful presence in their lives.

Michael was a loving older brother to his two sisters: Cheryle Dellaventura and Marianne Karsh, a proud uncle, brother-in-law, and a cousin to so many Vittis that it’s impossible to name them all.

“Big Mike” as so many called him would tell us all he was “always a phone call away.” We believed him every time he said it. This time, we wish that were true.

He will be missed.

He is survived by his loving wife, Doreen; his son, Michael, his wife, Alison, and their daughter, Sydney; his daughter, Amber Hill, her husband, David, and their two sons, Finn and Tate; and his son, Brandon and wife, Teresa.

In lieu of flowers, please consider a donation to the following two organizations: