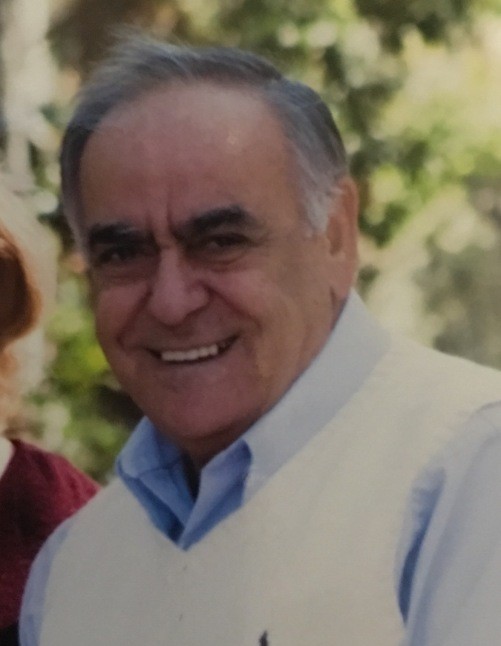 Mr. Mousa Hasan Olayan died peacefully in Jacksonville, Florida at the age of 78.

Mousa Olayan was born in the Holy Land on December 31st, 1937, however due to the political conflicts at the time, his registered birthday is March 17th, 1938. His wife and children enjoyed joking each year about celebrating his two birthdays, like the Queen of England. Mr. Olayan studied at Terra Sancta College in Bethlehem, later worked on ships in Kuwait to earn enough money to study in the United States of America, which he did. When he arrived at Holton College in Maine, Mousa had not experienced that level of cold weather before. When his cousin in New Jersey suggested he transfer to Farleigh Dickenson University in New Jersey, he quickly opted for fairer weather. While taking classes, he worked at a gas station to pay for his education and as the oldest male in his family, he would send money to support his parents and eight siblings.

In 1969, he married the one love of his life, Enid. Over the next four years, they became parents of two children, and he set about teaching his deep-seated personal beliefs of honor, integrity, courage, loyalty, freedom, and respect.  He instilled in his children his belief that America is the greatest country in the world and we must appreciate the sacrifices those before us made for our country.

He began his political career working for the United Nations in New York City, as a gardener. Over a short period of time, he was promoted to clerk, and climbed his way over a forty year career to an official of the Economic and Social Council of the UN, where he headed the 1994 South African elections, headed the Oil for Food program in Northern Iraq and enjoyed a fascinating career of working with dignitaries from all over the world.

He traveled to more than one hundred countries, sometimes with his family, but if not he would always return home with cultural trinkets. His travels brought him to countries in Asia, Africa, North America, and South America, all faced with political turmoil. In each country, he was relentless to bring peace among politicians, economic improvements and freedom to the people of those nations.

Mousa was an accomplished negotiator and often managed peacemaking missions for the UN. He was extremely proud when after finishing his career with the United Nations, he retired to Florida and in 2007 he proudly became a United States citizen.

He was an extraordinarily generous individual who loved to play chess and backgammon, but most of all loved to spend free time with his family. He was passionate about changing the world and unifying people. Those who knew him, remember his undying love for his family, his unending generosity to those around him, his gentlemanly and peacemaking nature, and how as a result of knowing him we are kinder, gentler and more forgiving.

Memorial donations may be made to the Tom Coughlin Jay Fund Foundation. https://tcjayfund.org/