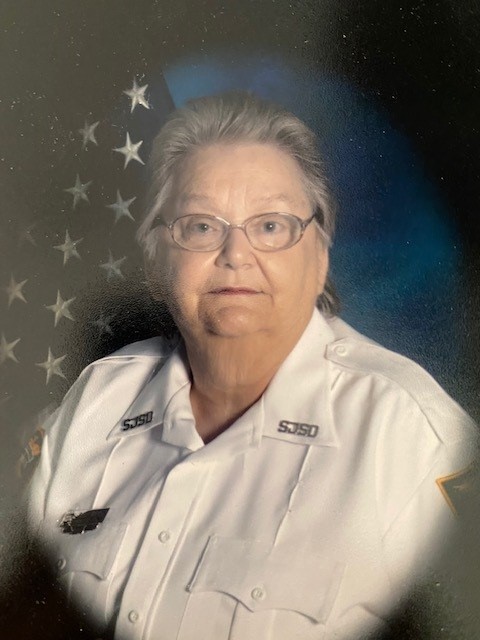 Peggy was born in Plant City, Florida to the late Edger Jesse Tucker and Lelia Elizabeth Cason.  She married Frank Winston Sitton in 1957.

Peggy’s adventurous spirit began during the summer of 8th grade, when she went on a bus from Plant City to Connecticut to work in tobacco fields for a summer.  In 1954, when just out of high school in Plant City, she again boarded a bus, this time to Washington, D.C., not knowing a soul, took a government job, and lived in a boarding house with four other women.  She loved to share the adventures of that time in her life.

Peggy met Frank Sitton in Washington, D.C., where she worked for the Department of Medicine and Surgery and Frank worked at the Pentagon.  At the time, Frank had recently been released from the Navy after serving 2 tours during WWII.  They were blessed with 2 children, Lisa Marie and Mark Raymond.  The family moved from Washington, D.C. to Titusville, Florida when Frank accepted a job as a computer specialist with NASA.  From there, the family moved to Denver, Colorado and eventually back to Florida, following Frank’s career with NASA and later with the Federal Aviation Agency.

Peggy was an adventurous woman who enjoyed challenges.  She rode down the Grand Canyon on a mule, zip-lined, and went white water rafting in her 70’s.  She and Frank have traveled the world, taking on new adventures worldwide and state-side.

Peggy retired from Sears after 23 years of service, but the retirement life was not for her.  She decided she wanted to work for the sheriff’s department, and after a year of testing and evaluations, she reached her goal and became a Control Officer with the St. Johns County Sheriff’s Department at 68 years old.  She finally reluctantly retired when she was 80.  She was very proud of this career and would still be there today if her health would have allowed.

A couple of years ago, Peggy decided she was going to make beaded bracelets as a hobby.  At the time, little did she know her hobby would turn into a ministry that has now gone worldwide.  All of her bracelets have a cross on them, and she would give them out to everyone she met, saying, “Jesus gave us something, and now I’m giving you something.”  She gave them to just about everyone at Baptist Medical Center Beaches, and all of her caregivers and friends.  Her ministry has been passed along to members of her church, where it will continue to grow.  She was making bracelets up until her last hours on earth, and it was her dying wish to keep her ministry alive.

Peggy was a devout Christian and a member of Palm Valley Baptist Church, where she had many friends and was loved by the congregation. Thankfully, she was able to watch Sunday services online for the last few months, and she always had her caregivers sit and watch with her.