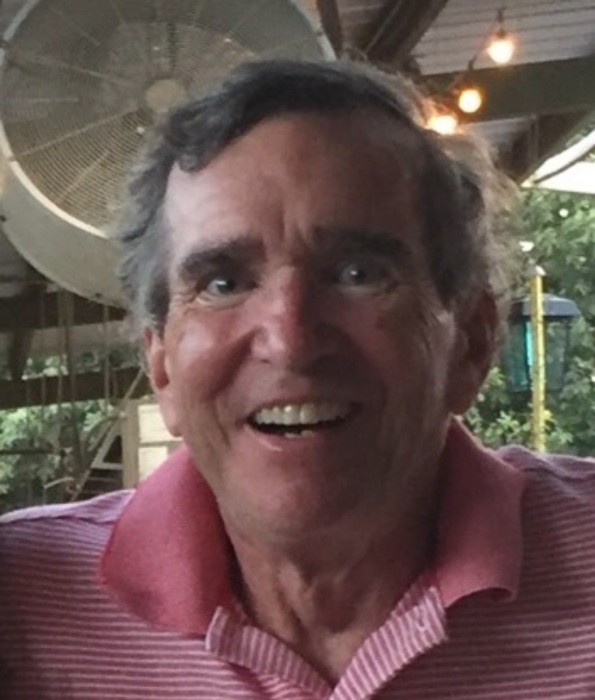 Dennis passed away on April 30, 2017, after a year-long battle with Bulbar ALS.  Through it all he lived with great dignity and courage.

Dennis was born in Atlanta, GA, but lived the majority of his growing up years in Jacksonville.  He graduated from Englewood H.S. in 1965 and then spent the first two years of his college career at South Georgia College in Douglas, GA.  Dennis then fulfilled his life-long dream of attending his beloved University of Georgia.  He graduated from UGA with a Bachelor of Business Administration, focusing on accounting.

His early career was in public accounting, later working in banking until 1996, when he moved to Atlanta and worked with Time Warner.  Dennis always said it was the greatest job he ever had.

After retiring in 2008, he filled his days with golfing, yard work, traveling extensively, and volunteering as a starter at Chastain Golf Course.  He loved doing it and put as much thought, time and energy in his volunteer work as he did in his professional life.

Every endeavor he undertook, being it golfing, working, watching college sports, expanding his wine collection, or traveling, he gave it all he had.  Everyone he knew loved and respected him.

Upon his wife’s retirement, the decision was made to move back to Florida.  His final two years were all too short, but he said to the end he never regretted the decision.  Sitting on the porch, reading, looking at the lake, and drinking a good wine brought him great joy.  All who knew him as a friend, colleague or relative considered themselves blessed to have been in his orbit.

He leaves behind his beloved wife, Suzanne, of 45 years; his beloved children: daughter, Amy; son, Alan and his wife, Venessa; grandson, Evan; step-daughters, Karissa and Mihla.