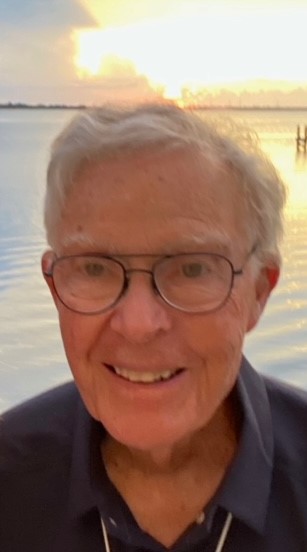 Ralph was born in Kansas City, Missouri, on March 11, 1937, to George and Emily Kaplan Goldman.

He married his first love, Jacquie; and after a short time in his family’s department store business in Muskogee, Oklahoma, he set off to blaze his own trail.  Ralph and Jacquie settled in Fort Lauderdale, Florida, and he proceeded to build a career as one of the top stockbrokers in the country.  With many appearances in media outlets such as Wall Street Week with Louis Rukeyser, The Nightly Business Report with NPR, and the Wall Street Journal, Ralph was widely recognized for his financial expertise and his clients relied upon him for wise advice and counsel during his forty-year career.  Frequently described as “laid back” and “relaxed”, under the surface, Ralph was always striving to provide the best life possible for his family.

Ralph’s true passion was spending time on his boat with his family.  The many trips to the Florida Keys and the Bahamas will always be remembered fondly by his children, grandchildren, niece, nephew, and numerous friends, many of whom experienced their first boat ride with Ralph at the helm.   During his final days, Ralph reminisced about numerous amazing trips to the Abacos, a very special place that will always remind us of his love of boating and the water.

One of Ralph’s most memorable characteristics was his unique and “very distinctive” laugh, which was highly contagious.  His family will be remembering and imitating it for years to come, especially at family gatherings and holidays.   His laugh filled the room with the expression of his desire to love and connect with all of those around him, and it will serve as a tangible reminder of his presence in our lives.

Ralph will be laid to rest at a family memorial service on Saturday, October 9th at Ponte Vedra Valley in Ponte Vedra Beach, Florida.  In lieu of flowers, please direct memorials to Little Rock Central High School, 1500 South Park Street, Little Rock, Arkansas 72202.  The family would love for you to sign the guest book at www.PonteVedraValley.com.